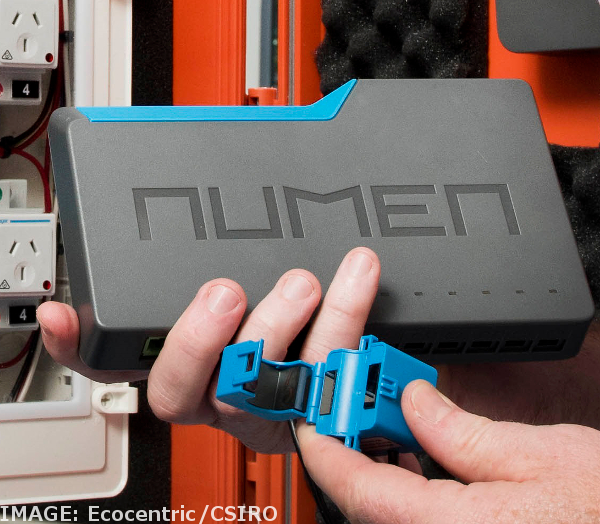 CSIRO scientists have helped develop a way to measure the real-time energy use of every device in a household.

Perth start-up Ecocentric has worked with the CSIRO to create ‘Numen’, a system that can independently monitor the efficiency of everything plugged in to a wall socket.

“Numen is a revolutionary device that is going to build a new understanding of the way we use energy,” Tim Bray from Ecocentric told the ABC.

Mr Bray says efficiency is hindered by the fact that most people have no idea how much energy different devices use.

“When they get their standard quarterly bill they effectively see it, they might see it as a comparison to the month before but they really have no idea as to what's driving it,” he said.

“What Numen will do is really allow them to get under the hood in terms of what's driving the way in which they're using energy right down to an individual device level.

“Individual lights, individual plugged-in things like computers and laptops, the stereo, plus the washing machine and fridge and those things as well.”

The Numen is fitted to an electricity meter box, where it scans the electricity network 256,000 times a second, creating detailed energy use patterns from the high frequency data it gathers.

The Numen system is also linked to a CSIRO cloud-based device database, allowing it to recognise what is plugged in to each wall socket.

CSIRO senior experimental scientist Sam West says Numen’s samples of voltage and current reveal detailed power characteristics, which are used as a kind of signature or fingerprint of that device.

“That gets stored in a database and then when we see new devices we can compare the same types of characteristics to what's in that database to identify its make and model,” he said.

The CSIRO has created a broad database of the characteristics of devices that Numen can recognise.

“We had a box and we would literally just plug devices into it and hit record, turn it on and off a few times and that would form the signature for that device,” he said.

“It would capture really high-frequency samples of the voltage and the current the device was consuming.

“By doing statistics and analysis on those things we can form a signature for that device.”

Energy retailer Alinta will be the first company to distribute Numen, and is pushing for the system to reach a viable price point for consumers as soon as possible.