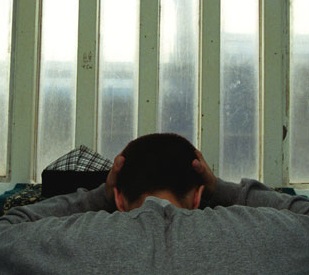 New research has shed light on the mechanisms in the brain that can lead depressed people to dwell on negative thoughts.

Depressed people often find themselves preoccupied with guilty, shameful, or self-defeating thoughts for large parts of their day, which not only distract from other activities but also fail to resolve any underlying issues.

Additionally, the ideas that receive focused attention in these depressive ruminations are frequently quite distorted and lead to distress.

The tendency to dwell on these negative thoughts in an unproductive manner is this reason such thoughts are known as ‘ruminations’ - because they call to mind the repetitive chewing of cud by ruminants like cows or goats.

The propensity for rumination in depression has been well characterised, but a new study by Dr Paul Hamilton from Stanford University sheds light on the brain mechanisms that give rise to these symptoms.

The study suggests ruminations come from the interplay of a brain region implicated in depression, the subgenual prefrontal cortex (sgPFC) and a brain network involved in reflection, sometimes called the default mode network (DMN).

The DMN becomes activated when the brain's task-oriented circuits are not engaged, i.e., during times of self-referential thought.

By reanalysing existing studies, Hamilton and colleagues found that depressive ruminations are more likely to emerge in depression when the firing of the sgPFC, signalling depressed mood, is more tightly coordinated with the firing of the DMN.

They propose that the observed increased connectivity reflects an integration of sgPFC and DMN processes which, in turn, support rumination in depression.

“It would seem that normally the subgenual prefrontal cortex helps to bias the reflective process supported by the default mode network so that we can consider important problems in the service of developing strategies for solving them.

“However, in depression it seems that the subgenual prefrontal cortex runs amok hijacking normal self-reflection in a maladaptive way.

“This may be one reason that electrical stimulation of the sgPFC is helpful for some patients with severe or treatment-resistant symptoms of depression.”