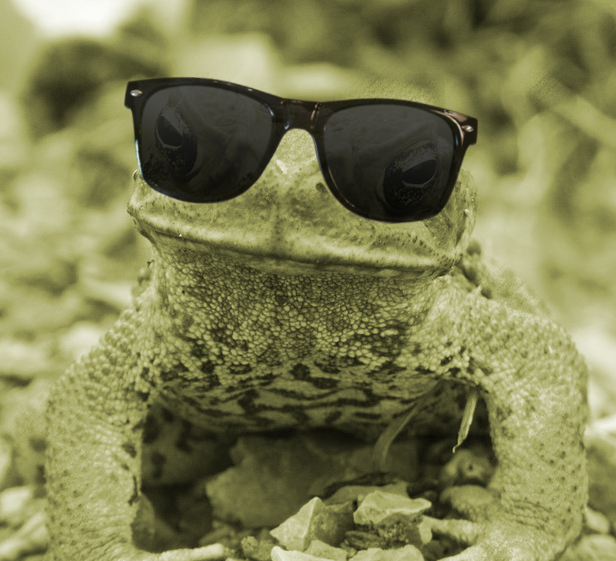 Some cane toads are learning to be active during the day, despite usually being nocturnal.

Toads in Western Australia have been spotted awake and active during the day in deeply shaded habitats, despite the species usually being nocturnal in Australia and other parts of the world.

A new study has looked at cane toad populations near the invasion front in El Questro Wilderness Park in WA’s Kimberley region from 2013 to 2015, as part of ongoing scientific efforts to manage Australia’s cane toad plague.

“We didn’t expect them to change such a fundamental behaviour,” says Dr Simon Clulow from Macquarie University.

“Particularly given their nocturnal neighbours were only four to seven kilometres away.”

“This suggests that cane toads are particularly good at changing their behaviour in response to their environment, something known as behavioural plasticity, which might assist their invasive spread into new environments.”

“It is rare that an animal species changes activity times in such a short time period,” says lead author Dr Sean Doody.

“Our findings add to a growing list of flexible behaviours in the invasion arsenal of cane toads.”

However, this area of the Kimberley is rich in sandstone gorges. Some of these gorges are the right size and orientation to offer cane toads more comfortable, shady habitats.

The researchers used remote cameras at eight different locations to monitor the toads’ activity. They also dissected toads that were active during the day to see if this changed their eating habits.

The researchers found that cane toads living in gorges with an east-west orientation, and therefore in shadow throughout the day, or narrow gorges were mainly active during the day. Whereas gorges that ran north to south or were wider contained mainly nocturnal toads.

“This increased wariness may have been due to them being at higher risk from predators at night, or being more conspicuous to predators during the day.”

The researchers were not able to tell if the toads preferred being active during the day, or if this change was beneficial, but it is an intriguing question for further research.

However, the toads’ ability to change their behaviour in response to their environment, as this study reveals, is more bad news for managers attempting to control cane toads.

“And does help explain why cane toads have been able to colonise so much of northern Australia since their introduction in 1935.

“Given the serious problems they cause, we need to better understand how behaviour contributes to the competitive ability and spread of cane toads, and other invasive animals.”