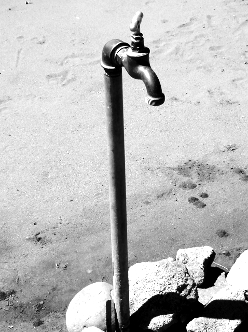 Local research body the Climate Council says the probability of drought in Australia will increase, and they will become more severe.

The Climate Council has put out a new crowd-funded report titled ‘Thirsty Country: Climate change and drought in Australia’, which plots the potential outcomes of a changing climate.

Disturbingly, the council argues that the rate of suicide in men aged between 30 to 49 could increase by up to 15 per cent, influenced by the increasing severity of drought.

The study showed that rainfall in south-east Australia has declined between 15 and 20 per cent since the mid-1990s.

“South-west Western Australia is, if you like, the canary in the coalmine because they've already seen a very significant reduction in rainfall there,” co-author Professor Will Steffen told reporters this week.

“Already it's putting stress on the WA wheatbelt.

“For a while there was some very innovative adaptation strategies that kept yields up but there is a limit to how much we can adapt.”

As the climate warms, the report found that rain across southern Australia had “shifted” further south.

This will increase the risk of drought in south-east and south-west Australia, researchers say.

Increasing pressure on urban water supplies will be a big factor too, and the report warns that water demand could soon outstrip supply in some regions.