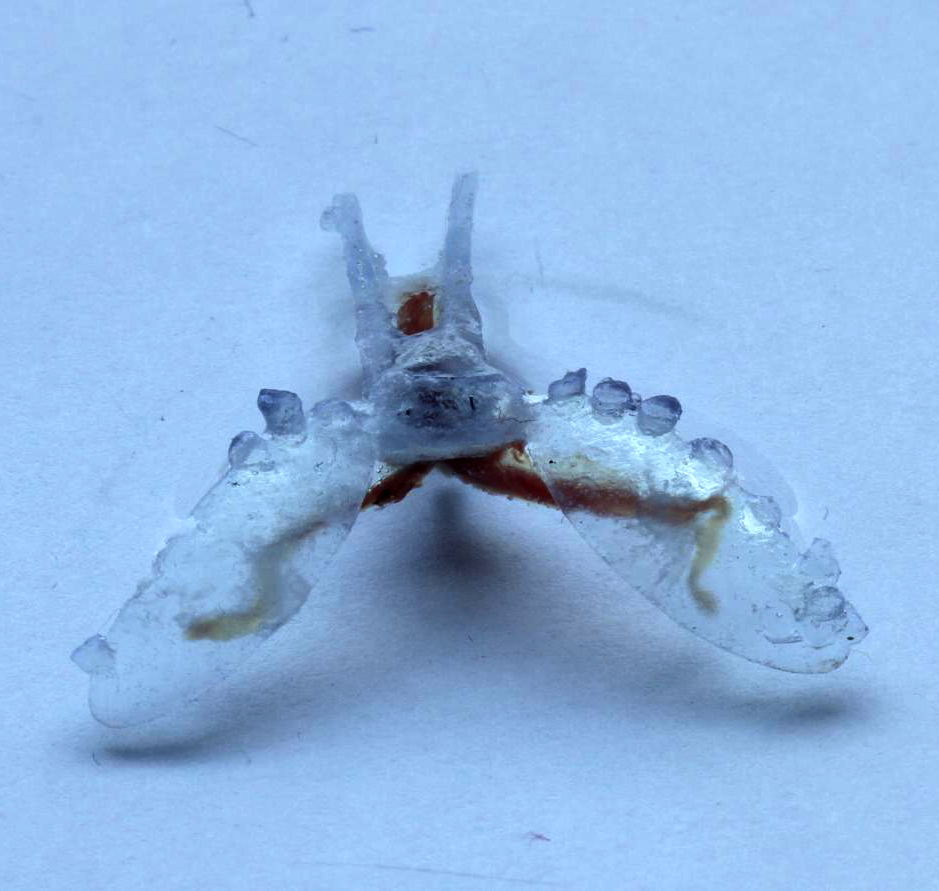 Researchers have combined muscles from a sea slug with a 3D-printed body to create a new ‘biohybrid’ robot.

Muscles from the slug’s mouth are used as limbs to provide movement controlled by electrical stimulation.

In the future, swarms of biohybrid robots could be released to locate the source of a toxic leak in a pond or search the ocean floor for a black box flight data recorder.

By combining materials from the California sea slug, Aplysia californica, with 3D-printed parts, “we're creating a robot that can manage different tasks than an animal or a purely manmade robot could”, said fellow researcher Prof Roger Quinn.

The researchers chose the sea slug because the animal is durable down to its cells, withstanding substantial changes in temperature, salinity and more as Pacific Ocean tides shift its environment between deep water and shallow pools.

Compared to mammal and bird muscles, which require strictly controlled environments to operate, the slugs’ are much more adaptable.

“One of the problems with traditional robotics, especially on the small scale, is that actuators--the units that provide movement - tend to be rigid,” Webster said.

Muscle cells are much easier to work with, and even carry their own fuel source - nutrients from the environment around them.

Because they are soft, they are safer for operations than man-made actuators and have a much higher power-to-weight ratio as well.

The robots use the buccal muscle, which naturally has two “arms”, connected to its printed polymer arms and body.

When electrical impulses are used to contract and release the buccal muscle, the arms swing back and forth to pull the tiny robot about 0.4 centimetres per minute.

In fact, the scientists were able to use the animal's own brain cells and nervous system to apply either chemical or electrical stimuli to contract the muscle.

“With the ganglia [nerve cells and fibres], the muscle is capable of much more complex movement, compared to using a manmade control, and it's capable of learning,” Webster said.

To attach the organic components to the artificial ones, electrical currents were applied to collagen from the slug’s skin to align and compact the collagen threads together, forming a lightweight, flexible, and strong scaffold.

The team has already moved on to tests of fully organic versions, as well as new geometries for the body, to produce more efficient movement.

See the bio-bot in action in the video below.