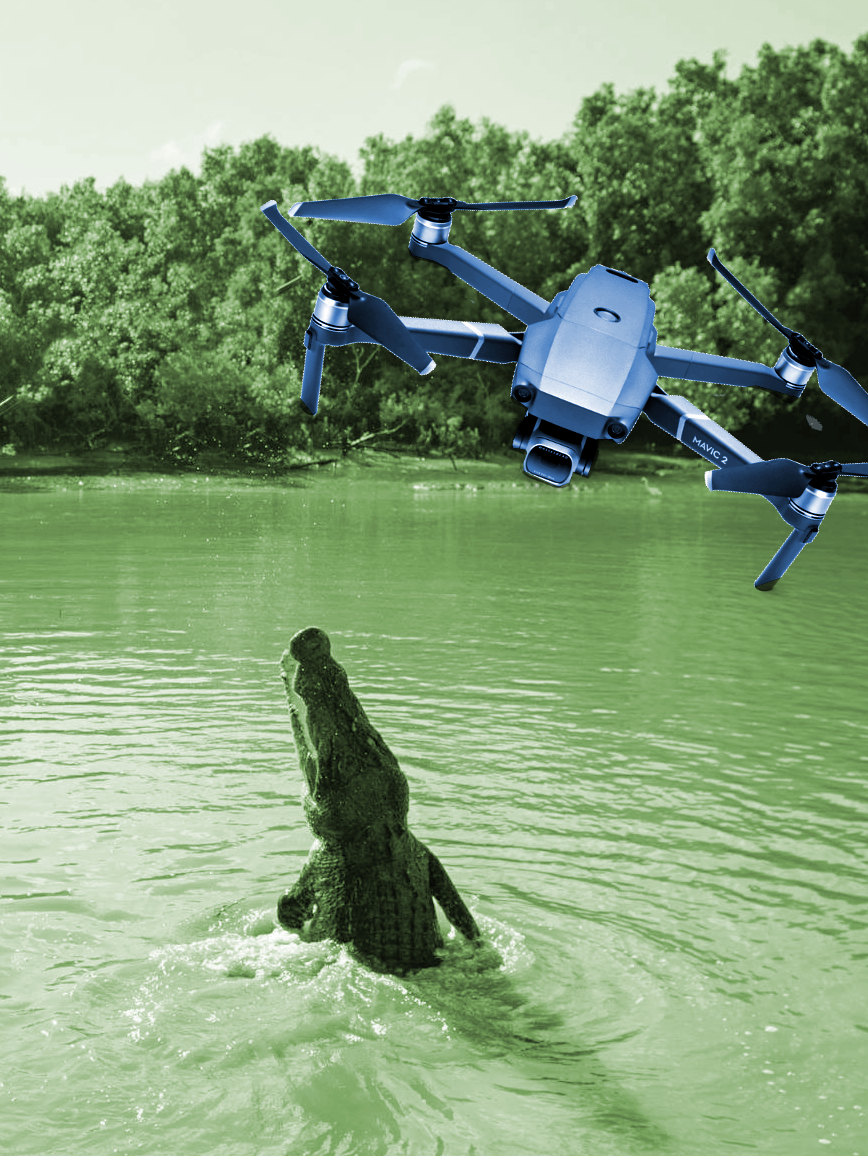 In a world first, a drone fitted has streamed a live video seeking and identifying crocodiles at an accuracy of 93 per cent and a latency of less than one second.

Teams at two locations achieved the successful live video stream, sending a drone flying over a known crocodile habitat at Mowbray River in North Queensland surveying the area for crocodiles, while the other team received the steam 1,691 kms away at the World of Drones Congress in Brisbane.

It was using CrocSpotter Ai, a software suite developed by the University of Technology Sydney and industry partner Westpac Little Ripper.

As video streams in real-time from the drone to the pilot on the ground, the algorithm operates by ‘washing’ the video, and alerts the pilot to a possible threat below.

The threat is highlighted immediately by a flashing red box around the detected animal, drawing the pilot’s attention directly to that part of the screen used to direct to drone.

The algorithm has a 93 per cent accuracy of identification, compared to the naked human eye, which is between 16 to 19 per cent.

Professor Michael Blumenstein and Dr Nabin Sharma from the UTS Faculty of engineering and IT first worked with Westpac Little Ripper to develop SharkSpotter, the AI-powered drone-based technology for protecting beaches and keeping swimmers and wildlife safe.

Continuing this effective collaboration, they are now working on software for detecting crocodiles from Mission Beach to Port Douglas. The Queensland Government is keen to see the roll-out of the technology to prevent croc attacks, and to develop a better understanding of our crocodile populations from a conservation perspective.

They are using an AI technique called Deep Neural Networks to detect the crocodiles via a smart camera from moving drones.

Professor Blumenstein said that the speed of the cloud-based AI can spot crocodiles in real-time, which is a world-first and a technological breakthrough given the very low latency.

Dr Sharma said the technology enables crocodile detection in complex environments, including murky and muddy waters in both wetlands and the open ocean.

“This is the first time this sort of animal detection drone technology has been deployed via a high-quality video stream at ultra-low latency with the AI producing 93% accuracy to detect crocodiles,” he said.

The team has achieved a latency of just one second, which for first responders, could mean the difference between life and death.