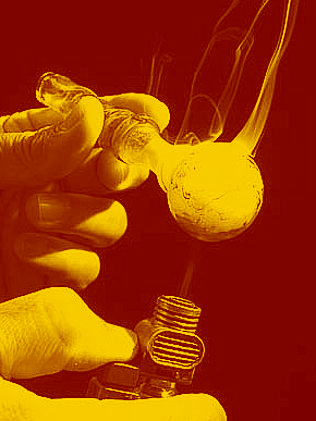 Experts say treating the ice 'epidemic' as a criminal problem rather than a health issue has made it worse.

Despite the recommendations of the National Ice Taskforce, the Australian government continues to define widespread ice addiction as a criminal justice problem rather than as a health and social issue.

Dr Matthew Frei, Clinical Director of Turning Point, and Dr Alex Wodak, Emeritus Consultant, from St Vincent’s Hospital’s Alcohol and Drug Service in Sydney, write that “the prevailing theme of the Ice Taskforce report was an emphasis on drug treatment over law enforcement measures as a response to ice use”, but that the government has failed to act on its recommendations.

“Governments continue to define the issue as primarily a criminal justice problem, use pejorative terms when referring to people who use drugs, and generously support law enforcement measures while parsimoniously funding health and social interventions,” their article in the MJA states.

“Australian Commonwealth, state and territory governments allocated about two-thirds of drug spending to law enforcement and only 9 per cent for prevention, 21 per cent for drug treatment and 2 per cent to harm reduction over the 2009–10 financial year.

“After decades of this approach, Australia’s illicit drug market is expanding. Not only are illicit drugs easy to obtain but prices have fallen and many newly identified psychoactive drugs have appeared, often more dangerous than older drugs. Over recent decades, drug-related deaths, disease, crime, corruption and violence appear to have increased.”

The authors note that crystalline methylamphetamine dominates the market compared to less potent powder forms of the drug (speed), but still “vast sums largely spent on criminal justice measures have only succeeded in making a bad drug problem much worse”.

“While the Ice Taskforce acknowledgement of the role of treatment is positive, it follows years of parsimonious funding for drug treatment that has left Australia with an inflexible, poor quality system with limited capacity. This would not be considered acceptable anywhere else in the health sector,” they wrote.

“An encouraging aspect of the Taskforce recommendations was the provision of Medicare item numbers for the relatively new discipline of addiction medicine. This was implemented in November 2016, ending many years of struggle for this important specialty … [this] will help addiction medicine recruit new trainees and build a specialist alcohol and other drug sector.”