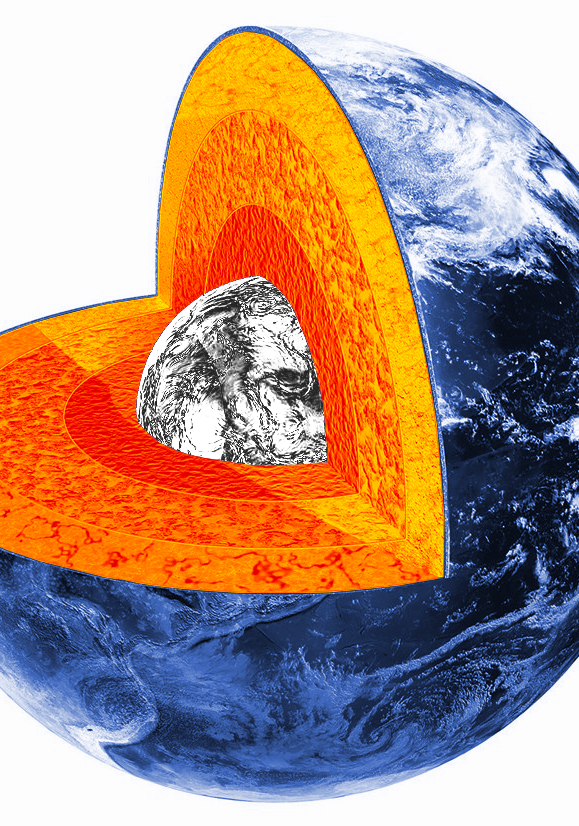 The giant ball of iron in the middle of the Earth is closer to having a definite age.

Establishing when it was formed has been a topic of vigorous scientific debate, with estimates traditionally ranging from 0.5 billion to 2 billion years ago.

Researchers from the University of Liverpool School of Environmental Sciences analysed magnetic records from ancient igneous rocks and found that there was a sharp increase in the strength of the Earth's magnetic field just over 1 billion years ago.

“This finding could change our understanding of the Earth's interior and its history,” said Liverpool palaeomagnetism expert and the study's lead author, Dr Andy Biggin.

“The timing of the first appearance of solid iron or ‘nucleation’ of the inner core is highly controversial but is crucial for determining the properties and history of the Earth's interior and has strong implications for how the Earth's magnetic field - which acts as a shield against harmful radiation from the sun, as well as a useful navigational aid - is generated.”

Interestingly, the new study also found that Earth's magnetic field - which is powered by swirling liquid iron around the inner core – could last a lot longer than previously believed.

The Earth's magnetic field comes from the motion of the liquid iron alloy in the outer core, approximately 3,000 km beneath the Earth's crust.

These motions occur because the core is losing heat to solid mantle that extends up to the crust on which we live, producing the phenomenon of convection.

Once the inner core started to freeze, this convection received a strong boost in power because light, non-metallic elements remained molten in the outer core and were buoyant relative to the overlying liquid.

The process continues today and is thought to be the main source of “fuel” for generating the Earth's magnetic field.

“The theoretical model which best fits our data indicates that the core is losing heat more slowly than at any point in the last 4.5 billion years and that this flow of energy should keep the Earth's magnetic field going for another billion years or more,” Dr Biggin said.

“This contrasts sharply with Mars which had a strong magnetic field early in its history which then appears to have died after half a billion years.”