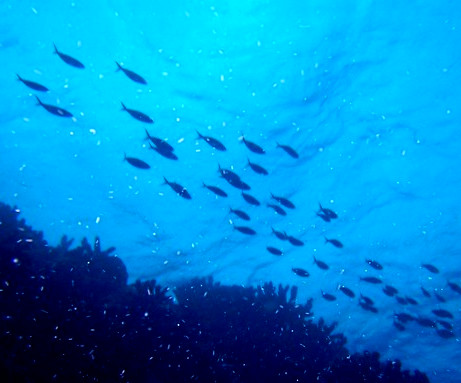 The warming ocean has led to coral growth off Tasmania.

Research from the Institute for Marine and Antarctic Studies (IMAS) has identified increasing amounts of coral in areas where kelp beds typically occur.

Dr Scott Ling said the research, published in the journal Coral Reefs, found the southerly presence of hard corals was the result of a range of climate-driven impacts.

“The waters off eastern Tasmania are a global hotspot of ocean warming, with the East Australian Current channelling more and more warm water south along the coast,” Dr Ling said.

“As a result, we are seeing a wide range of northern reef species extending to northern and eastern Tasmania and, in some cases, wholesale changes in the reef ecosystems as sea life responds to rising temperatures.

“The establishment of corals in more southerly reefs has been enabled by warming waters which better suit both the corals and invasive sea urchins, which have become abundant in eastern Tasmania in recent decades due to rising sea temperatures and fishery-driven declines in urchin predators such as lobsters.

“By grazing down kelp beds in the Kent Group, Long Spined urchins have removed one of the main competitors of hard corals.

“Corals compete with seaweeds for living space on reefs and their relative abundance is influenced by herbivorous fishes and urchins which consume seaweeds.

“Our study found that by consuming kelp in the Kent Group, urchins have created space in the ecosystem for corals to expand into.

“Coral-dominated reefs certainly aren’t undertaking a widespread takeover of Tasmanian reefs, but we are seeing the local emergence of these unique high-latitude coral communities.”

Dr Ling said this form of ‘tropicalisation’ of a temperate ecosystem was not restricted to Tasmania.

“The diversity and productivity of kelp systems is under threat in many locations in Australia and globally as a result of climate change.

“Data from this collective monitoring effort shows that local dominance of corals is more likely with increasing sea surface temperatures, plus increasing numbers of herbivorous fishes and sea urchins, both of which consume kelp.

“Investigation of the coral phenomenon in north east Tasmania has revealed sea urchin herbivory to be a key process giving rise to local dominance of corals as waters warm under climate change,” Dr Ling said.