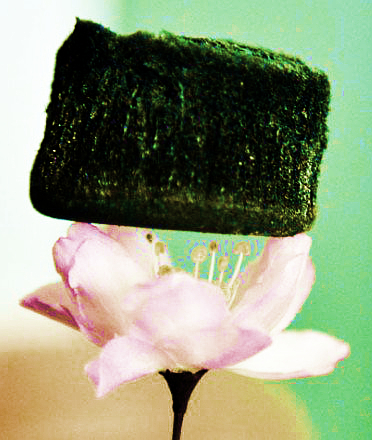 Another day, another step forward in 3D-printing, as engineers announce they can now print in graphene aerogel.

Several cubic centimetres of the stuff can balance on a dandelion head, and it is about 1,000 times less dense than water.

Graphene aerogel holds the prestigious honour of being the lightest known material on Earth and a team of scientists at the State University of New York and Kansas State University say they have figured out how to 3D print it.

In fact, they claim that they can produce it using an automated 3D printing process that ensures every piece comes out perfectly uniform.

“Typically, to 3D print aerogel, the core material is mixed with other ingredients, such as a polymer, so that it can be pushed out using inkjet printers. Once the structure is made, the polymer is removed by a chemical process. In the case of graphene aerogel, however, doing this destroys its delicate structure,” researcher engineer Akshat Rathi told tech press Quartz.

The team skirted this issue by incorporating graphene oxide - a form of graphene with molecular oxygen embedded into it.

They mixed the compound with water and laid it across a surface cooled to -25°C.

This allowed the researchers to instantaneously freeze individual layers of graphene, constructing a three-dimensional aerogel scaffolded by ice.

Rathi explains that once this first phase is complete, the ice scaffolds were knocked away with liquid nitrogen, which froze the water out of the ice without damaging the main structure.

“The material was then heated to remove oxygen atoms, which left only graphene in the aerogel,” says Rathi.

The exciting advance is demonstrated in the video below.

More details are available in the team’s full report, published in the journal Small.