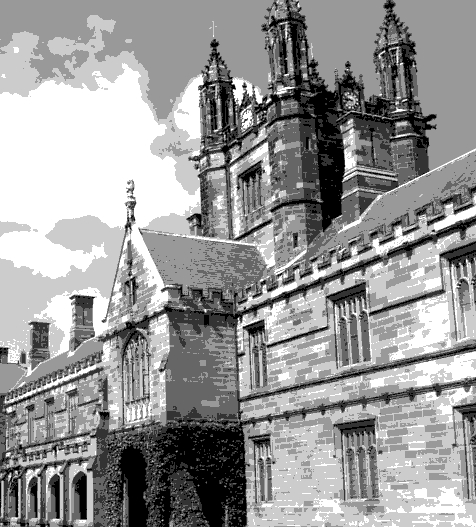 A new report has painted a disturbing picture of heavy drinking and sexual harassment at elite colleges.

The report, Cultural Renewal at the University of Sydney Residential Colleges, was commissioned by the university and five colleges – St Andrew’s, St John’s, Wesley, Women’s and Sancta Sophia – after string of incidents.

The study by the former sex discrimination commissioner Elizabeth Broderick says the colleges suffer under a “huge drinking culture” that pressures students to drink and to have sex to fit in.

It found that many felt intimidated about reporting even serious incidents such as sexual assault.

The research found that 49 per cent of students believed a “big drinking culture” existed at college, and 13 per cent reported pressure to drink when they did not want to.

One in four women reported sexual harassment, including unwanted kissing, touching and cornering.

“The boys can be rough and violent when drunk. Although they see it as playful and just between each other, it can hurt others/damage property and it’s intimidating,” one student at St John’s reported.

“Hearing them come down your corridor when they’re drunk is scary and you can feel too afraid to leave your room and go to the bathroom in case they start picking on you.”

The five colleges say they will immediately implement the 23 recommendations contained in the report, including better controls on alcohol at college bars, promoting more women to leadership positions, and a zero tolerance policy towards hazing and sexual harassment.

They also intend to overhaul reporting procedures for sexual assault, with another review in three years to assess progress.

The college made headlines in 2009 after it was revealed students had set up a “pro-rape” Facebook page.

St Paul’s has agreed to join the push for improvements, and will now be subject to a review by June 2018.