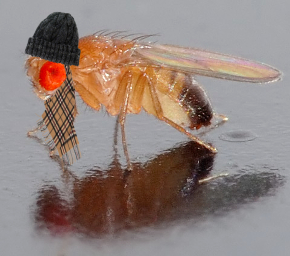 Research suggests extreme spikes in weather will soon take a massive toll on bugs and other small creatures.

Future episodes of extreme weather will lead to mass extinctions of insects and reptiles in the next century, according to a new study.

“The study revealed that extreme temperatures will determine the future distribution of insects, rather than increases in the average temperature,” said Professor Ary Hoffmann from the University of Melbourne.

Cold-blooded species like insects, spiders and skinks are collectively referred to as ‘ectotherms’ as they rely on the environment to regulate body temperature, and so are more vulnerable to environmental changes.

“With more extreme weather expected in the future due to climate change, our study indicates we are going to see substantial extinctions of some ectothermic species in the next 50 years or so.

“Such losses would not only pose a great threat to biodiversity, but also destabilise entire ecosystems,” said Professor Hoffmann

Tiny ectotherms including bees, worms and spiders provide services that are essential for both the health of ecosystems and the viability of agriculture; pollination, pest control, and soil turnover.

In the new study published by Global Change Biology, a team examined in unprecedented detail ten Australian fruit fly species of the Drosophila genus from both temperate and tropical regions of the east coast.

First, the team determined the temperatures at which the species could develop and reproduce and their limits of tolerance for hot and cold temperatures.

The results clearly indicated that distribution of the species was defined by their tolerance to unusually hot or cold days.

While temperate species are more able to adapt to changes in average temperature than tropical species, extreme weather poses an equal threat to both.

“The research implies that extreme events – even though they don't last very long – can have a very large impact on whether a species is going to into a decline or not,” Professor Hoffmann said.