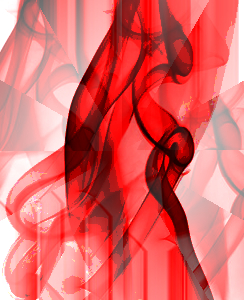 A string of European nations have halted their AstraZeneca COVID-19 vaccine rollouts over blood clot concerns.

Sweden and Latvia this week joined the EU's largest members Germany, France and Italy, as well as several smaller nations, in suspending their use of AstraZeneca's vaccine.

A total of 13 countries have now taken action pending the outcome of investigations into unusual cases of a rare cerebral thrombosis.

Reports began emerging in recent weeks of thromboembolisms affecting people after they got the AstraZeneca shot.

The episodes of blood clots, bleeding and low platelet counts in younger people indicates a causal connection to the AstraZeneca shot, according to some.

However, with many millions of people having been vaccinated, there is a chance that they are coincidental.

Clinical trials of the vaccine have been conducted on well over 60,000 people, and while clotting events were observed in low numbers, there were actually fewer in the vaccinated group than in those that had not received the vaccine.

Data from the use of the vaccine in the EU and UK now includes more than 17 million people vaccinated, and has revealed only 15 events of deep vein thrombosis and 22 events of pulmonary embolism (PE).

This is much lower than would be expected in a population of this size.

“As of today in excess of 350 million vaccine doses have been given around the world. For those who have received the vaccine, there have been no deaths or hospitalisations due to COVID,” says Professor Bruce Thompson, Dean of the School of Health Sciences at Swinburne University

“As with any medication, there can be a hunch that there is a side effect.

“There has been a hunch that of the people who received the AZ [AstraZeneca] vaccine, a few subsequently developed blood clots either as a DVT [deep vein thrombosis] or in their lungs.

“At this stage, there is no evidence at all that these are associated with being vaccinated. To stop a vaccination based on a hunch will lead to an increase in COVID deaths.”

Australia’s Chief Medical Officer Paul Kelly says the government's expert group on vaccines has met and decided, “based on the evidence, there was no reason to pause the use of the AstraZeneca vaccine in Australia”.