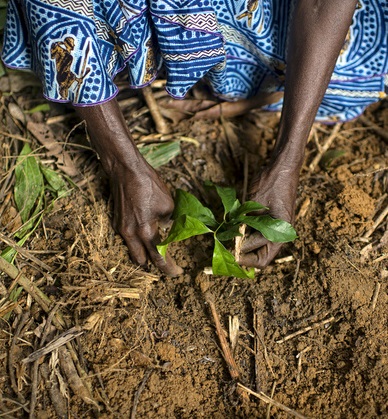 Research has shown part of the reason many cannot get on board with the need to fight climate change, suggesting the impacts could be too far off to think about.

A new study says groups cooperate less for climate change mitigation when the rewards of cooperation lay years in the future, especially if they stretch into the next generation.

“People are often self-interested, so when it comes to investing in a cooperative dilemma like climate change, rewards that benefit our offspring - or even our future self - may not motivate us to act,” says Jennifer Jacquet, a clinical assistant professor at New York University's Environmental Studies Program.

Ms Jacquet conducted the research while completing her postdoctoral fellow with Professor Christoph Hauert at the University of British Columbia.

“Since no one person can affect climate change alone, we designed the first experiment to gauge whether group dynamics would encourage people to cooperate towards a better future.”

The conclusions were drawn from a test involving study participants at Canadian and German universities.

The participants were given 40 Euros each to invest, as a group of six, towards climate change actions.

When participants cooperated to pool together at least 120 Euros for a single action, they were promised returns in the form of 45 additional Euros each.

Depending on which action was chosen, the returns would come one day later, seven weeks later, or were invested in planting oak trees, and thus would lead to climate benefits several decades down the road - but not personally to the participants.

Although many individuals invested initially in the long-term investment designed to simulate benefits to future generations, none of the groups achieved the target.

“We learned from this experiment that even groups gravitate towards instant gratification,” says Hauert, an expert in the study of strategic decision-making known as ‘game theory’.

The authors of the report now published in Nature Climate Change say that international negotiations are unlikely to succeed if individual countries’ short-term gains are not fully factored in considerations.