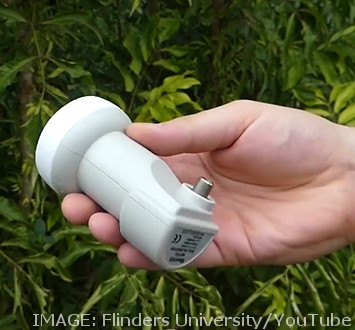 Experts are testing a simple and low-cost early warning system for tsunamis.

As a result, only a small percentage of vulnerable communities have them, and they often fail due to lack of maintenance.

But a new system being tested in Vanuatu by Flinders University researchers uses very small, low-cost receivers and does not need a complicated satellite link. It can be installed by coastal villagers should be about 100 times cheaper than traditional warning systems.

Despite its low-cost, the system appears far from low-performance. The trials in Vanuatu have demonstrated the new system can deliver a tsunami alert in just 11 seconds, even if cellular networks fail, providing critical time following a tsunami.

When a 7.4 magnitude earthquake struck near the city of Palu on the central island of Sulawesi in Indonesia last month, a tsunami struck 8 minutes later, killing at least 1,300 people and displacing hundreds of thousands.

Reports at the time said the initial tsunami warning could not be distributed because of the damage to cellular communications systems. The new system can avoid this problem.

Using free-to-air satellite TV receiver hardware give the system a fixed whether there are 10 or 10 million receivers out in the field.

The system also includes a small FM radio transmitter that creates a ‘village radio station’ with content fed via the satellite signal.

Residents use their ordinary FM radio, or mobile phone with FM receiver, to receive much more detailed information about the alert.

The FM radio station operates year-round, providing news, weather, entertainment, climate change mitigation information and government notices, so that it is useful every day of the year.

This addresses a major problem with typical warning systems, where they are often not maintained between disasters, because of the competing time and cost pressures on communities, together with the lack of perceived value when people are not thinking about disasters.