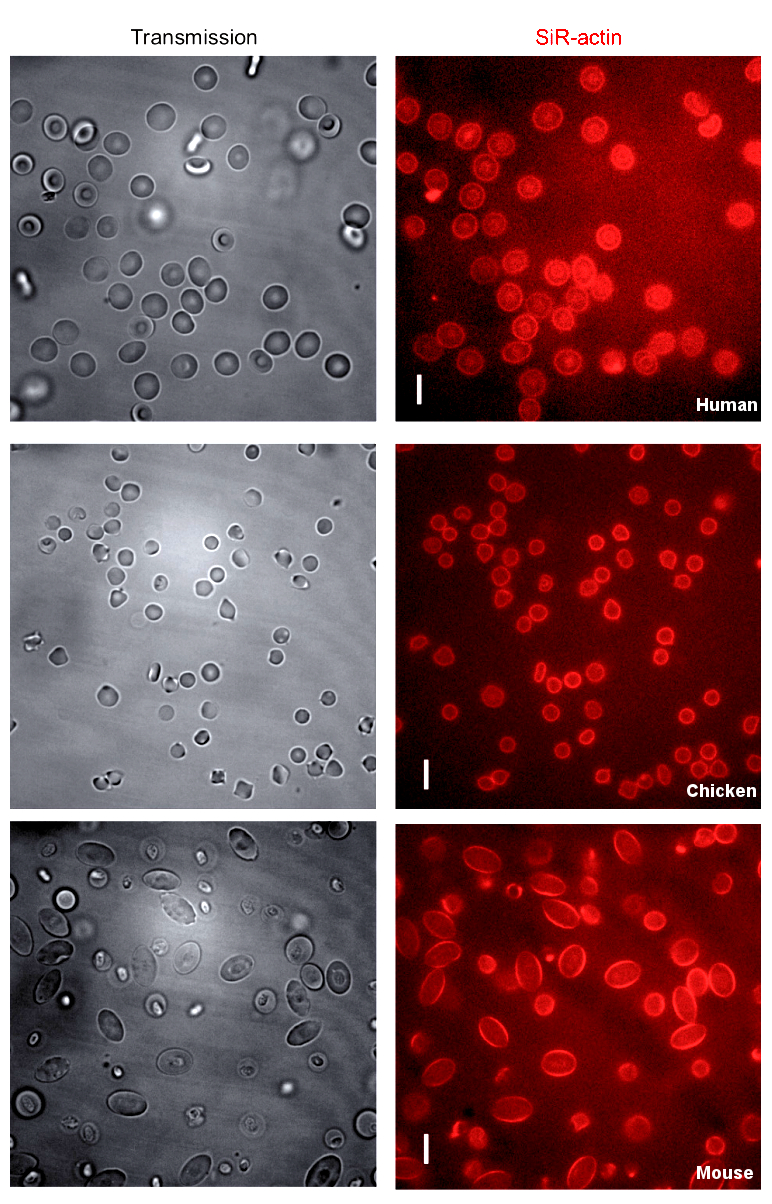 Just like our bodies, individual cells have a skeletal structure to keep them safe and in the proper shape, but until recently it was almost impossible to have a proper look at it.

This may be set to change, with the release of a set of fluorescent dyes which allow researchers to observe the “cytoskeletons” much more easily.

Until now, methods for observing the cytoskeleton have been difficult to get into living cells, were usually toxic, and are usually limited in resolution and duration, since the signal wears off over time.

A Swiss team has developed new fluorescent probes that can easily enter live cells, are non-toxic, have long-lasting signals, and most importantly, offer unprecedented image resolution.

In 2013, researchers developed a fluorescent molecule called silicon-rhodamine (SiR), which switches 'on' only when it binds to the charged surface of a protein like the ones found on the cytoskeleton. When SiR switches 'on', it emits light at far-red wavelengths.

This has now been taken further, resulting in hybrid molecules of a SiR molecule, which provides the fluorescent signal, and a molecule of a natural compound that can bind the target protein.

The probes, named SiR-tubulin and SiR-actin, were used to visualize the dynamics of the cytoskeleton in human skin cells. Because the light signal of the probes is emitted in the far-red spectrum, it is easy to isolate from background noise, which generates images of unprecedented resolution when used with a technique called super-resolution microscopy.

The scientists involved now believe that they can extend their work into other types of proteins and tissues.

“Cytoskeletal structures are imaged by biologists all the time", says Kai Johnsson, from research firm EPFL.

“Up to now, no probes were available that would allow you to get high quality images of microtubules and microfilaments in living cells without some kind of genetic modification.

“With this work, we provide the biological community with two high-performing, high-contrast fluorogenic probes that emit in the non-phototoxic part of the light spectrum, and can be even used in tissues like whole-blood samples.”

More details are available in the full report, published in the journal Nature Methods.