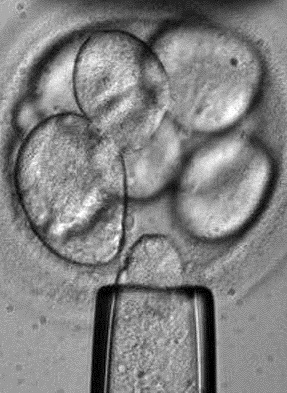 Soon it will be common to harvest cells from the body and turn them into tissues needed to treat disease.

Ideas like turning skin cells into cells for arteries and veins to treat people with diabetes or heart disease are on their way out of medical labs and into the clinic.

New research from Monash University and the University of Bristol has drawn up a blueprint to ensure the clinicians can access the high-tech techniques quickly and safely.

The study, published in the journal Nature Genetics, overcomes what has been one of the main barriers to regenerative medicine therapies - the pace at which different cell types are made.

The study also means that the growing of whole organs from human cells in the lab could be fast tracked.

Made from skin, iPS cells appear to have the characteristics of embryonic stem cells meaning they can theoretically be turned into nerve, heart, liver or other types of cells and transplanted to repair damaged organs.

The cells have two big advantages over embryonic stem cells: they are not controversial, because their creation does nto require destroying human embryos and, since the stem cells can be made from a particular patient’s skin cells, they can make tissues that are not rejected by that patient’s immune system.

The discovery of iPS cells kickstarted the “reprogramming field” - the science of converting one type of cell into another cell type - but the field has been moving slowly.

The experts say this is because it is known that certain factors can turn a cell of the skin into iPS cells or a few other cells, but it could take years of testing to determine which cocktail of factors is needed for producing other cell types from iPs cells.

At the University of Bristol, Professor Julian Gough and Dr Owen Rackham developed a predictive model (called Mogrify) for converting any cell type into other cell types.

At the same time at Monash University, Associate Professor Jose Polo and PhD student Jaber Firas had been working on the mechanism that govern such cell conversions.

“It was a match made in heaven,” Associate Professor Polo said.

Working together as a big group scattered across the UK, Singapore and Australia, they were able test the algorithm in cell cultures and further improve it to create a predictive tool that they believe will shorten the time to discover how to create any cell type from years to months.

“Using Mogrify, we found that it took us as little as four months to map the fate of a fibroblast cell turning into an endothelial cell, a process which under the current ‘trial and error’ model of putting in different factors – could take several years,” Associate Professor Polo said.

“Mogrify suggests the factors needed to make that happen, in much the same way you put departure and arrival information into an airline booking. It’s as simple as that,” he said.

Associate Professor Polo predicts that “in the future Mogrify will allow clinicians to treat diseases like diabetes and Parkinson’s or even other conditions such as severe burns by making new skin in the patient”.