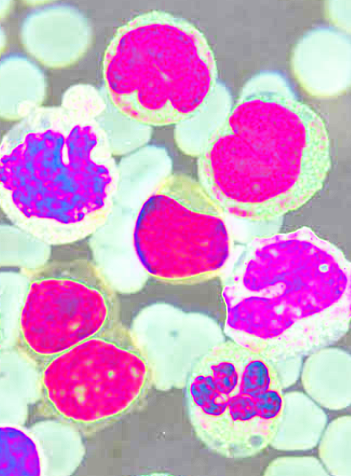 A new study reveals for the first time how white blood cells control the final moments of their death, helping their own removal from the human body.

Researchers at La Trobe University have identified a protein within dying cells called Plexin B2 that is responsible for coordinating a key stage of apoptosis (cell death). Their study is accessible here.

Lead researcher Dr Georgia Atkin-Smith said the key function of Plexin B2 was discovered when they used CRISPR gene-editing technology to delete the protein from white blood cells.

“However, since our discovery of this process in 2015, we have not understood how or why this dance of death occurs.

“Our new research identified the protein Plexin B2 as the first molecule which controls this event.”

“Surprisingly, this defect in the cell death process significantly compromised their removal by the garbage trucks of the body, known as phagocytes,” Dr Atkin-Smith said.

“Typically, dying cells send ‘find me’ and ‘eat me’ signals to phagocytes, however, deletion of Plexin B2 could limit the number of fragments that are ‘ready-to-eat’.”

This study follows previous studies that also demonstrated the importance of dying cell fragmentation, through a process called blebbing, to aid in the efficient removal of cells by phagocytes.

Dr Atkin-Smith said understanding how dying cells are removed by phagocytes is fundamental.

“Defects in this process trigger a wide variety of inflammatory disorders like autoimmunity,” Dr Atkin-Smith said.

“Now, for the first time, we have a new insight into what may be the underlining cause of these diseases.”

The next phase of research will take the key basic biology discoveries and examine them in pre-clinical models of autoimmunity.