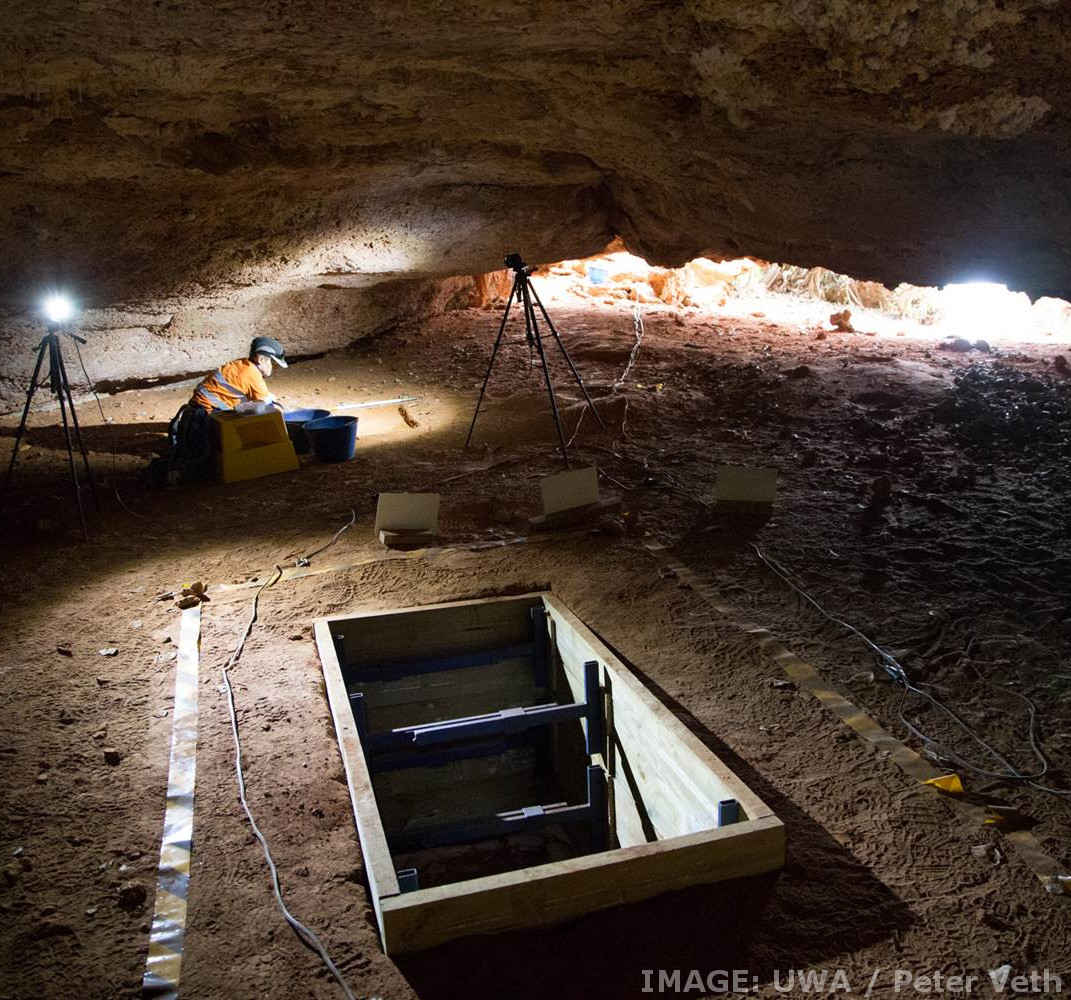 Evidence from a remote cave on Australia’s north coast has confirmed human occupation of the region 50,000 years ago.

The research provides one of the earliest age brackets for the settlement of Australia. It also has the longest record of dietary fauna providing unprecedented insights into the earliest Australians.

“This pushes back the age of occupation from the previous and more conservative limit of 47,000 years ago. Even older dates are entirely plausible.”

The studies focused on Barrow Island - a large limestone island located 60 km off the Pilbara coast of Western Australia.

“The large cave on Barrow Island provided rich records of ancient artefacts, gathering and hunting of marine and arid animals, and environmental signatures which show the use of a now-drowned coastal desert landscape – if you like an Atlantis of the South,” Professor Veth said.

“We know about old desert sites from the northern hemisphere but few have these extraordinary dietary records.”

Professor Veth said the location provided the longest sequence of dietary remains from any Australian site.

“The cave was used predominately as a hunting shelter between about 50,000 and 30,000 years ago before becoming a residential base for family groups after 10,000 years ago. It was abandoned by about 7,000 years ago when rising sea levels finally cut it off from the mainland,” he said.

“Our current research at Barrow Island has provided the earliest evidence of coastal living in Australia. Remarkably the early colonists of the now-submerged North West Shelf did not turn their back on the sea or remain coastally tethered but rapidly adapted to the new marsupial animals and arid zone plants of the extensive maritime deserts of North West Australia.”