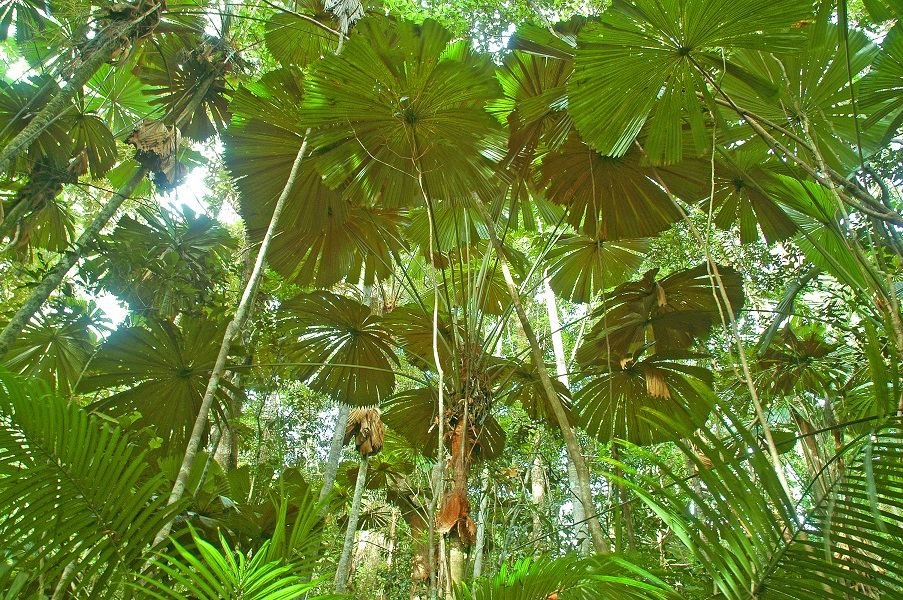 A new study has revealed the extreme sensitivity of carbon exchanges in tropical ecosystems to temperature, suggesting rainforests become less effective as carbon sinks as the region warms.

The findings have been published in the latest Proceedings of the National Academy of Sciences.

The study has also shown the massive impact small temperature changes can have on carbon dioxide rates. CSIRO researchers found that a temperature anomaly of just 1ºC (in near surface air temperatures in the tropics) leads to a 3.5-Petagram (billion tonnes of carbon) anomaly in the annual CO2 growth rate, the equivalent of a third of the annual global emissions from the combustion of fossil fuels and deforestation combined.

The study’s co-author, CSIRO's Dr Pep Canadell, said that the analysis spanning 50 years was centred on temperature and rainfall patterns during El Niño years, when temperatures increase in tropical regions and rainfall decreases.

Dr Canadel says: “Our study indicates that carbon exchanges in tropical ecosystems are extremely sensitive to temperature, and they respond with the release of emissions when warmer temperatures occur... processes involved in this response are the same as what is known as the carbon-climate feedback, which it is thought will lead to an acceleration of carbon emissions from vegetation and soils and into the atmosphere under future climate change.”

"Warming is the one thing that we know with most certainty will occur... but there are still large uncertainties about the future precipitation in tropical regions," says Dr Canadell, who is also Executive Director of the Canberra-based Global Carbon Project, "What we have is a strong and robust coupling between seasonal variations in atmospheric CO2 growth and tropical temperatures over the past 50 years and this provides us with a key diagnostic tool to assist in our understanding of the global carbon cycle."

The study has shown the links between carbon dioxide, water temperature and atmospheric components are incredibly complex, and highlighted the need for more long term studies to truly assess the role of various environmental mechanisms.

A full text of the report is available online.