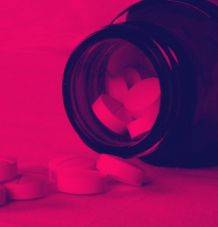 An Australian hospital and university are joining forces to see if they can teach an old drug new tricks.

Australian National University (ANU) researchers are preparing to test whether the non-toxic drug dichloroacetate (DCA) can help in the treatment of myeloma patients at The Canberra Hospital.

About 1,200 Australians are diagnosed with myeloma each year, but treatment options remain limited and survival time is usually less than 5 years.

It is hoped that the clinical trial next January could see new options patients with other types of cancer too.

ANU cancer researcher Anneke Blackburn says the compound may be able to kick the legs out from under cancer.

“We're able to treat the cancer cells with this drug and essentially make them a bit more normal,” Dr Blackburn told the ABC.

“That stops them from growing and also makes them a lot more likely to die when you treat them with other toxic drugs.”

She said cancer cells use glucose differently to normal cells.

“Most normal cells in our body need a lot of energy to do things, whereas cancer cells are more focused on actually making new cells and dividing, that's why the tumour grows,” she said.

“Cancer cells rather than just needing energy, also need building blocks, a bit like bricks versus electricity, and if you make it harder for them to make their bricks then they can't grow.”

It is hoped that once the cells' growth has been stunted, regular cancer drugs can come in to kill it off.

“In particular we like to try and kick them with a second drug that might hit on the other part of the metabolism, that is the bit that makes their energy,” Dr Blackburn said.

“So we kick them one way and them make them jump on the other leg and kick that leg as well.”

Given that the difference in energy metabolism between cancer cells and normal cells is common to other forms of cancer, researchers say they are hopeful that DCA’s clinical trial will lead to broader successes.