Camp energy planning can benefit all round 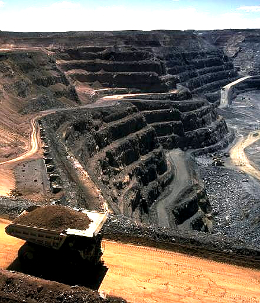 Mining companies often weigh environmental outcomes against economic ones, and choose actions which benefit the latter, but researchers say with better planning they can have the best of both worlds.

Murdoch University researchers have mapped the carbon footprint of a typical mine site village, finding that significant improvements can be made without damaging the bottom line.

Lead researcher David Goodfield conducted a detailed examination of a mining camp in WA’s Mid West, as part of his PhD project.

Goodfield says the carbon footprint is quite significant, and that if people have to live at mining accommodation the companies should plan for efficiency wherever possible.

“It equates to at least 16 tonnes per camp resident, which is on top of the carbon they are responsible for while at home,” he said.

“That includes the carbon emissions from constructing the camp and buildings, the electricity to run the camp, deliver goods, pump water, deal with waste and so on.

“If you extrapolate that across the nation, the carbon saving is worth thinking about considering the number of fly-in fly-out workers there are to remote camps such as this one.”

Energy efficiency and behavioural change would be the key factors to drive the carbon footprint down, the Australian Research Council-funded program found.

“The camp I examined is powered by the generator at the mine itself, with an eight kilometre spur line running the electricity between the two points,” Goodfield said.

“That spur line cost approximately $2 million to construct. For the same cost, they could have installed a renewable energy system which could have paid for itself in as little as three and a half years.”

Mr Goodfield said excess power could be redirected to the town’s power supply, offsetting costs further while making a positive contribution to the community.

“At the end of the village’s life, solar panels and wind turbines can simply be packed up for use at the next location,” he said.

“Or a company could choose to leave a lasting legacy in the town by leaving the infrastructure there.”

While this one particular method may not make a mine site village completely carbon neutral, with some good planning, Mr Goodfield said it can be achieved.

“These initiatives need to be implemented at the design level, which can be very cost effective,” he said.

Mr Goodfield said mine site camps frequently have a short lifespan due to the volatility of the resource markets.

“This means that ways to reduce the carbon footprint are usually overlooked in the early planning and design stage,” he said.

“However, the continually falling price of solar and rise of gas and diesel costs means that further investigation is warranted.”