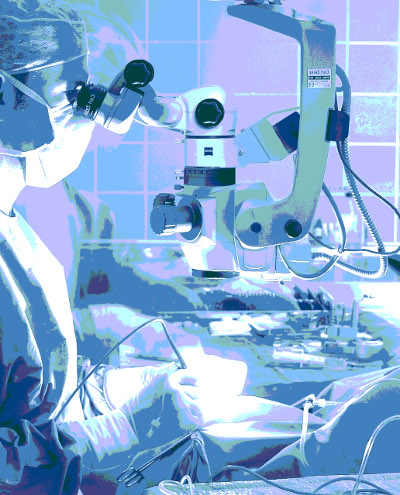 Medical researchers are calling for the word “cancer” to be dropped from some doctor-patient conversations.

The experts say there is growing evidence that patients who are told they have “cancer” for low risk conditions more often choose surgery than those whose condition is described with terms such as “lesions” or “abnormal cells”.

“There is a growing body of evidence that describing a condition using more medicalised labels, including the use of the term ‘cancer’, can lead to an increased preference for more invasive treatments,” says Professor Kirsten McCaffery of the University of Sydney.

“This supports calls to remove the cancer label, where it is appropriate.”

“A prime example of this is low risk papillary thyroid cancer,” says researcher Brooke Nickel, also from the University of Sydney.

“Studies show that progression to clinical disease and tumour growth in patients with small papillary thyroid cancer who choose surgery are comparable to those who monitor their condition.”

The experts say changing the label on cancer is not a new idea.

An early example of this was when the World Health Organisation and International Society of Urological Pathologists removed the cancer label from bladder tumours.

In 1998, they agreed that a condition known to rarely progress to invasive cancer should not be called ‘cancer’.

In this change, ‘papilloma and grade 1 carcinoma of the bladder’ were reclassified as ‘papillary urothelial neoplasia of low malignant potential’.

A similar change has been made in the labelling of cervical abnormalities detected during a Pap smear, which has supported more women to follow active surveillance in preference to invasive treatments.

“The evidence suggests to us that is time to stop telling people with a very low risk condition that they have ‘cancer’ if they are very unlikely to be harmed it,” says Dr Ray Moynihan from Bond University.