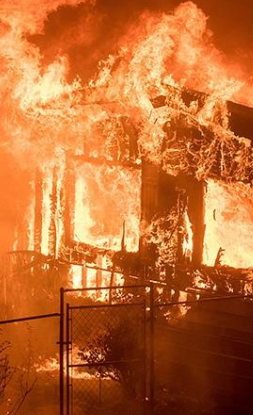 A new study has found the human-induced climate crisis made Australia's recent bushfires at least 30 per cent more likely.

The chances of the kind of extreme weather that triggered the blazes have increased by more than 30 per cent since 1900, according to the new analysis.

The study also finds that fire conditions like this are at least four times more likely than they were at the start of the 20th century.

However, the authors say their climate models tend to underestimate of the actual increases in extreme temperatures and heatwaves, so the effect could be greater.

The analysis was conducted by World Weather Attribution (WWA) – an expert group that investigates how a climate under heavy human influence can have an impact on extreme weather events.

“Here for the first time, we have quantified how climate change has affected the risk of bushfires in the region of Southeastern Australia that has just experienced very severe fires,” says researcher Dr Friederike Otto.

They study finds that if world governments cannot hold global warming to the Paris targets, then fire conditions like those experienced during the Australian summer could be four times more likely in coming years.

The planet is currently on track to warm by more than 2 degrees Celsius.

It also analysed heatwaves as the primary driver behind the increasing fire risk, and found that heatwaves in Australia are now about 1 to 2 degrees Celsius hotter and about 10 times more likely than they were in 1900.