Bugs love our guts, and we should welcome them 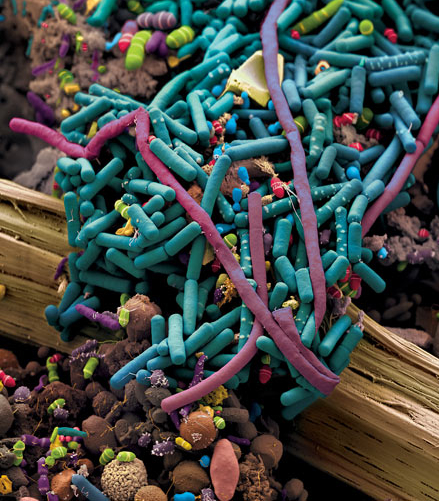 A new report has shown a deeper level of mutual benefit between humans and the billions of bugs that live in our gut.

A research team from the Emory University School of Medicine in Atlanta, United States, has studied the gut bacteria in the fruit fly Drosophila and mice. The team found they are crucial for maintaining a healthy intestine and also contribute to the overall health of both organisms.

Bacteria in the gut promote the growth of host epithelial cells, which are essential for maintaining homeostasis in the intestinal system. This is particularly true of members of the genus Lactobacillus.

New findings published in The EMBO Journal could have impacts for the treatment of inflammatory bowel disease, as well as allergic, metabolic and infectious disorders.

“It is well-known that mammals live in a homeostatic symbiosis with their gut microbiota and that they influence a wide range of physiological processes. However, the molecular mechanisms of the symbiotic cross-talk in the gut are largely unrecognised,” says Andrew S. Neish, Professor at the Emory University School of Medicine, who led the research.

“In our study, we have discovered that Lactobacilli can stimulate reactive oxygen species that have regulatory effects on intestinal stem cells, including the activation of proliferation of these cells.”

In two different animal models, researcher identified the underlying mechanism of the symbiotic relationship is the production of reactive oxygen species (ROS) by a class of conserved enzymes called NADPH oxidases or Nox'es.

The study found when animals' guts were colonised by Lactobacillus, ROS production caused cell growth in intestinal stem cells. In germ-free animals, however, ROS production was absent and resulted in suppressed growth of epithelial cells.

Specific redox-mediated functions may contribute to the identification of further microbes with probiotic potential. Furthermore, it is possible the primordial ancestral response to bacteria may well be the generation of ROS for signaling and microbicidal activities, the study found.

A full copy of the paper is available here.