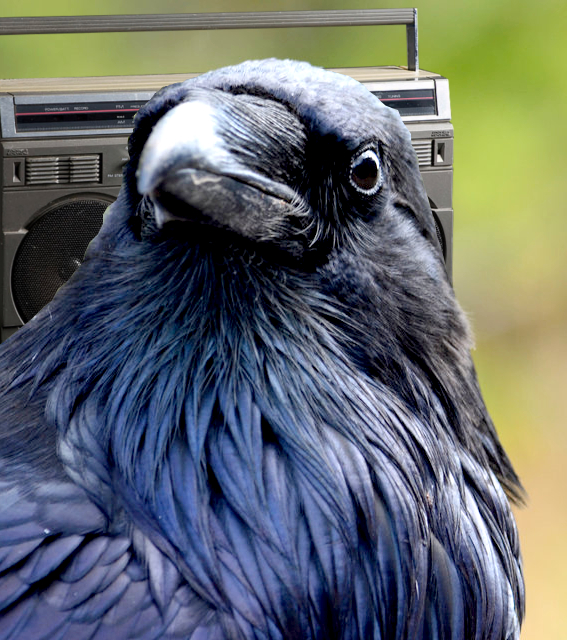 Ravens are known for their intelligence and cunning, but a new study says they may be using this to bring down the social standing of their fellow birds.

Ravens have been observed trying to stop others from forming alliances, on the belief that they could become future competitors.

In raven society power is gained and lost by the forming of bird coalitions.

“The hierarchical structure among the ravens is highly dependent on their bonding status,” researcher Dr Jorg Massen from the University of Vienna’s Department of Cognitive Biology has told the BBC.

Birds with social bonds are able to climb the social ladder better than other ‘loosely bonded’ birds.

Ravens with no specific bonds are known as 'nonbonded' individuals, and occupy the bottom rungs.

Bonds are formed through ‘affiliative activities’ such as physical proximity, protection and mutual preening.

This hierarchy led Dr Massen and colleagues at the University of Vienna to investigate whether ravens could “act upon their social knowledge and selectively intervene” in other birds’ bonding attempts.

It turns out they do.

The team found that ravens with existing social bonds most often intervened in the bonding attempts of others, and those with fewer bonds were most often the targets.

‘Nonbonded’ birds were less likely to be to be interrupted in their efforts to bond, possibly because they posed less threat to the hip birds higher on the social ladder.

The team observed a group of around 300 wild ravens, recording 106 interventions by individuals over 6 months.

All of the intervention happened when birds were engaged in affiliative activities.

The most successful way to break up budding friends was for a raven to place itself in the middle of the pair attempting to bond.

But intervening birds were often met with aggression from pairs they wanted to interrupt.

The scientists saw no immediate advantage for the intervening ravens, but they speculate that the birds might benefit in the long term by stop close alliances from forming without them.

Dr Massen said more long-term data will be needed to confirm this.

The lead researcher said the actions were not that different to human social tactics.

“I think the divide and rule tactic is a common tactic among politicians, especially in a multi-party political system where ‘power’ [or] a majority relies on a coalition,” he said.

“Other parties in such a system might try to divide a coalition by for example highlighting specific differences among the two parties… Although of course slightly more sophisticated, the basics are the same.”