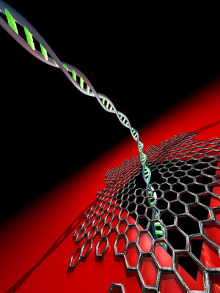 One of the most powerful tools in the fight against COVID-19 is genetic sequencing, but most countries have not embraced the high-tech response.

The first genomic sequence of SARS-CoV-2 was published in January last year, allowing scientists to identify it and create methods for diagnostic testing and vaccines.

Tens of thousands of sequences have since been outlined and uploaded online so that mutations can be tracked rapidly and in high detail. This type of sequencing has already identified many distinct variants, including strains that have acquired clusters of new mutations  in Britain, South Africa, and Brazil in recent weeks.

However, every country in the world is lagging behind the UK in these genetic efforts.

GISAID is a data sharing platform that currently features over 379,000 COVID-19 sequences.

The British programme is sequencing 10,000 genomes a week, or about 6 per cent of known cases, with plans in place to double that rate.

Denmark has also been routinely sequencing and sharing data, but other countries are providing sporadic information at best.

The potential cost is enormous, according to Emma Hodcroft, an epidemiologist at the University of Bern. She says the recently-identified fast-spreading variant in the UK is an example.

“If this was expanding in another country, we would just be looking at whatever country it was and going; ‘Oh, they're having a bad rise in cases, I guess people aren't following the guidelines’,” she told reporters.

World Health Organization (WHO) COVID-19 technical lead, Maria Van Kerkhove, says the sharing of sequences has been “astounding”, even though they come from just a handful of countries.

“Improving the geographic coverage of sequencing is critical for the world to have eyes and ears on changes to the virus,” she told a recent online forum.

“For the first time, genomic sequencing can help to guide the public health response to a pandemic in near-real time.”

Viral mutations occur every time a pathogen infects someone and begins replicating itself.

In a sense, everyone's case is a new strain, but most of the mutations confer no advantage to the virus, and may even be detrimental. However, this process also leads to mutations that increase infectiousness or cause more severe illness.

But knowledge is power, and in this case it is allowing the fast-spreading UK strain to be traced in tests from immunocompromised patients, and those whose vaccine failed.

The WHO says global sequencing would help “better understand the world of emerging pathogens and their interactions with humans and animals in a variety of climates, ecosystems, cultures, lifestyles and biomes”.

“This knowledge will shape a new vision of the world and open new paradigms in epidemic and pandemic prevention and control,” it said.

“There is no reason we don't have coordinated sequencing responses, except...  that we haven't decided to do it,” she said.