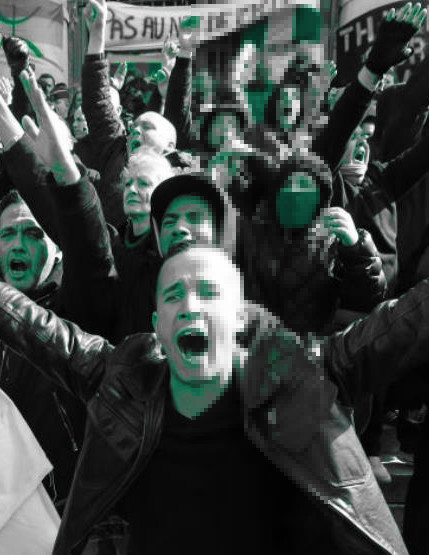 University of South Australia researchers have been working on a system called Carbon, which mines data from Twitter, Facebook and other online streams.

It marks the use of specific keywords and phrases, looking for patterns and alerting researchers when it thinks an event may be coming.

In tests last year, it was able to accurately predict a looming Adelaide bus strike, six days before official notifications to the public.

It is currently being trained to look for signs of upcoming protests, unrest or industrial action.

“We train the machine with this data to try to understand the world and predict future events,” UniSA researcher Jeff Ansah told reporters.

“We are mining intelligence and knowledge from social media to train Carbon to understand how human behaviour and human interactions are able to predict events, so that we can use this knowledge to forecast future protest events.

“The goal is not to stop … protests from happening, but to predict it ahead of time,” he said.

“Based on the data we collect and analyse, we can generate fairly accurate predictions, so the police can plan for disruptive events and hopefully divert them,” Dr Kang said.

“We can also warn the public ahead of time.”

The system could one day be expanded to predict health outbreaks, including pandemics, as people often post online about their health using tags like #flu.

The same tools could be used to gauge public sentiment about products, fashion, companies and the stock market, or even forecast traffic gridlocks.