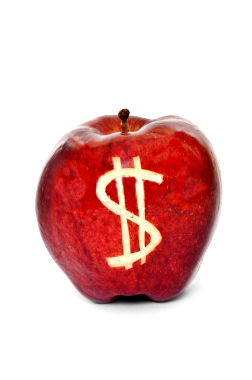 Hedge fund billionaire John Paulson has donated $US400 million ($AU520 million) to Harvard’s School of Engineering and Applied Sciences, the largest gift in the school’s history.

“There is nothing more important to improve humanity than education,” Mr Paulson said in a speech announcing the big bursary.

“To become a leading school in Engineering and Applied Sciences it is essential that SEAS have a substantial unrestricted endowment to support faculty development, research, scholarships and financial aid.”

Paulson graduated from Harvard Business School in 1980, starting his transition from humble beginnings in a middle-class family to his positions now as the 113th richest person in the world, with an estimated net worth of $US11.2 billion.

But just as soon as the news broke, internet critics emerged.

Best-selling author Malcolm Gladwell trashed the billionaire on Twitter, saying “it came down to helping the poor or giving the world’s richest university $US400 [million] it doesn’t need. Wise choice John!”

The uber-rich heads of other hedge funds have leapt to Paulson’s defence.

“Here’s how I think about it: This money will go to help Harvard build one of the great engineering and science schools in the country,” Bill Ackman from Pershing Square Capital told BusinessInsider.

“What comes out of that? Great research in biomedicine, software and other sciences, and a large number of talented graduates that will help improve the world.

“The people who go there aren’t likely wealthy people. I’m sure a chunk of his money is going toward scholarships for graduates who will create the next great healthcare or software company that will employee hundreds of thousands of people.

“The leverage of helping build a great science and engineering school has global implications in a hugely positive way. This is not about subsidising rich people.”

“Who the f**k can criticise a guy who donated $US400 million to his alma mater? ... What’s to criticise? Extremely generous and he is to be applauded. But maybe I’m an idiot. The inmates are running the asylum.”

The school says it will soon open the door on the new Harvard John A. Paulson School of Engineering and Applied Sciences.