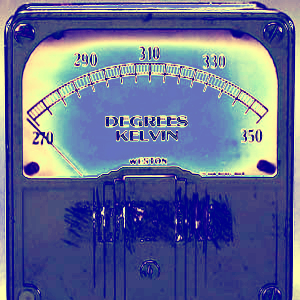 A new University of Wollongong study overcomes a major challenge of thermoelectric materials, which can convert heat into electricity and vice versa, improving conversion efficiency by more than 60 per cent.

Thermoelectrics have many exciting applications ranging from low-maintenance, solid-state refrigeration to compact, zero-carbon power generation, which could include small, personal devices powered by the body’s own heat.

The most successful commercially-available thermoelectric materials are based on bismuth telluride-based materials (Bi2Te3, Sb2Te3 and their alloys).

They typically have one of two functions. This first is converting electricity into heat with no moving parts, no noise, and no vibration. Secondly, they can convert heat into electricity for fossil-free power generation from a wide range of heat sources, or powering micro-devices ‘for free’, using ambient or body temperature.

An ongoing challenge of thermoelectric materials is the balance of electrical and thermal properties.

The three-year project at UOW’s Institute of Superconductivity and Electronic Materials (ISEM) found a way to decouple and simultaneously improve both thermal and electronic properties.

“This reduces the thermal conductivity of the material, and at the same time increases its electron transmission,” explains author Prof Xiaolin Wang.

“The secret of thermoelectric materials engineering is manipulating the phonon and electron transport,” Professor Wang says.

Because electrons both carry heat and conduct electricity, material engineering based on electron transport alone is prone to the perennial trade-off between thermal and electrical properties.

“The key to improving thermoelectric efficiency is to minimize the heat flow via phonon blocking, and maximize electron flow via (electron transmitting),” says Mr Yang.

“This is the origin of the record-high thermoelectric efficiency in our materials.”

The result is record-high conversion efficiency of 11.3 per cent, which is 60 per cent better than commercially-available materials prepared by the zone melting method.

The research is accessible here.