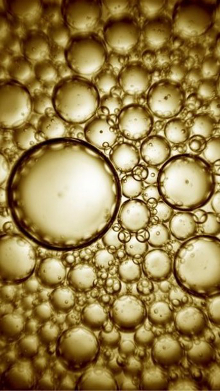 Some microscopic engineering may make the magic bullet for deadly viruses and bacteria, with Queensland researchers hoping to use oil as a cure.

New nano-engineered oil droplets may be able to target infectious diseases and cancer cells in a much more specific manner than previous attempts.

The droplets, known as ‘nano-emulsions’, can be used to effectively lock-on to diseased cells and provoke specific immune responses. They are loaded with antibodies and proteins which could be used to trigger responses against influenza, HIV, malaria and many others.

University of Queensland Institute for Bioengineering and Nanotechnology Researcher Dr Frank Sainsbury says his recent journal paper provides proof of the precision targeting that can be achieved by nano-emulsions.

He says the oily technique addresses challenges with existing targeted therapies, including limiting their drug-carrying capacity and the difficulty of manufacture.

With more specific targeting techniques there can be less dependence on broad-spectrum treatments such as chemotherapy, which attacks healthy cells as well as cancerous ones.

Dr Sainsbury says the nano-emulsion can hold antibodies, releasing them only when targeted cells are found.

“This is about efficient targeting,” he said.

“Nano-emulsions have a long, safe history in pharmaceutical formulations.”

“Any antibody could be used in theory. In the research an antibody was used that recognises a special type of immune cells to deliver an antigen directly to those cells, thereby eliciting the T-cell response,” Dr Sainsbury said.

The ongoing project has been performed in collaboration between several major Australian bio-engineering research groups.