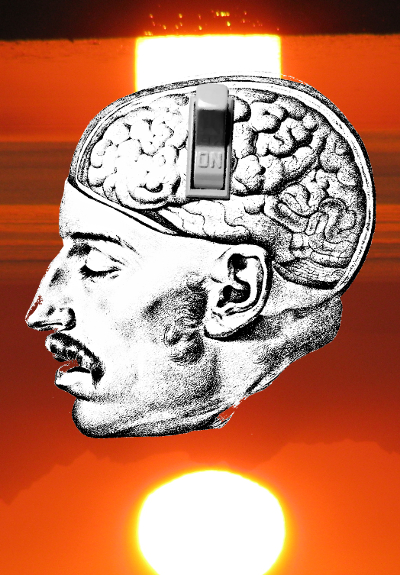 Optogenetics - using light to turn neurons on and off - is one of the most intriguing and rapidly-expanding fields of medicine, and recent efforts may have brought the treatment to a new level.

Optogenetic treatments normally require a light source to be implanted in the brain, where it can reach the cells to be controlled.

But engineers have now developed a light-sensitive molecular device that can trigger neurons using a light source outside the skull.

The non-invasive approach to could lead to treatments for diseases such as epilepsy, which would work by shutting off misfiring neurons that cause seizures.

Optogenetics shows strong promise for the future treatment of neurological disorders, researchers say, but entire field is still in its infancy.

The latest development makes it possible to do long-term studies without an implanted light source.

The new protein - known as Jaws - also allows a larger volume of tissue to be influenced at once.

Until now, the neurons to be studied had to be genetically engineered to produce light-sensitive proteins that control the flow of ions in or out of cells. Researchers then inserted a light source, such as an optical fibre, into the brain to control the selected neurons.

But researchers from MIT have turned to the natural world to find a better way.

The team found some suitable protein candidates in the bacteria Haloarcula marismortui and Haloarcula vallismortis, but they did not induce a strong enough electrical response to light to be useful in controlling neuron activity.

So, MIT graduate student Amy Chuong engineered relatives and mutations of the bacteria. This allowed her to stumble upon Jaws, a protein that retained its light sensitivity but had a much stronger photocurrent — enough to affect neural activity.

Using the new protein, the researchers were able to shut down neuronal activity in a mouse brain with a light source outside the animal's head.

European researchers have previously shown that some vision can be restored in mice by engineering those cone cells to express light-sensitive proteins.

In a new paper, the MIT team tested the Jaws protein in a mouse retina, finding that it more closely resembled the eye's natural opsins and offered a greater range of light sensitivity, making it potentially more useful for treating retinitis pigmentosa.

The project is ongoing, and the team says it will continue testing Jaws for other applications, as well as seeking new light-sensitive proteins.