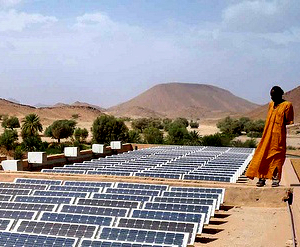 The International Energy Agency predicts new policies will increase global renewable energy and generation capacity by more than 40 per cent over the next five years.

The energy advisor to the OECD says renewables will account for 28 per cent of global power generation by 2021, up from around 23 per cent at the moment.

But Australia is dragging the chain, with renewable energy comprising just 13 per cent of the total electricity output last year.

“Solar PV (photovoltaics) is anticipated to drive capacity growth with 5 GW, mostly from commercial and residential projects, although some utility-scale projects in the pipeline are seen coming on line over the medium term,” the IEA said.

“Small renewable energy certificates, which provide an upfront payment to commercial and residential installers based on their estimated electricity generation over 15 years, should continue to make residential and commercial projects economically attractive.”

“For onshore wind, the outlook is more pessimistic with the reduction of the large-scale renewable energy target in June 2015, which remains a forecast uncertainty over the medium term,” the report says.

It means Australia’s systems are still more expensive than in China, India and Germany, though they are only half the average cost of $US4,000 ($5,200)/kwh in the United States.

IEA executive director Fatih Birol says it is a “turning point” for renewable energy, but warned here are still grounds for caution.

“Renewables are expected to cover more than 60 per cent of the increase in world electricity generation over the medium term, rapidly closing the gap with coal.

“[But] policy uncertainty persists in too many countries, slowing down the pace of investments.”