Anti-swearing may not make sense 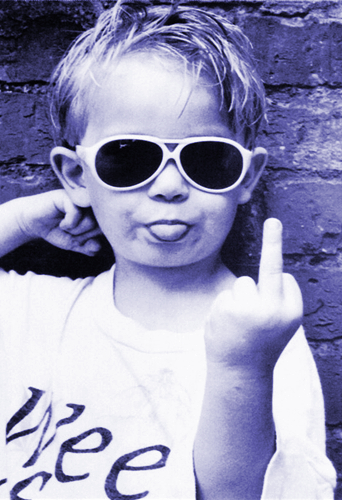 There is a lot of sensitivity around swearing and other language conventions in modern culture, but some academics wonder if it is really warranted.

Many people try to protect their children from exposure to swear words, or more generally consider it inappropriate to swear around children.

In parts of Australia there are spot-fines of up to $500, and even the possibility of jail time for swearing in public.

Meanwhile, in the US, fast food chain McDonald's has apologised for a talking toy from the new film Minions, after customers complained it said: “What the f***?”

But Quentin Bryce Law Doctoral Scholar Elyse Methven from the University of Technology says sensitivity to swearing in public might be unnecessary.

Methven says research shows children are exposed to swearing at the age of one or two, and there is almost no evidence that swear words are harmful.

“Psycholinguist Timothy Jay has done extensive studies on children and swearing, and he has tried to dispel many myths about swearing,” she told ABC reporters this week.

“The research found that children around one or two know several swear words, and children of school age have a vocabulary of up to 42 taboo words.

“These laws are predicated on the idea that swear words cause some kind of harm.

“So, the question is what harm, and that's not really clearly articulated in the case law.”

“People don't really know if they can say f*** or c*** in a bar, in a shopping centre, in a football match, sitting next to a police officer, or not,” she said.

“The question is whether or not the law should be setting these standards. Perhaps it should be left to parents to talk about morals.

“We should think a little bit deeper about what we are protecting children from if they've already heard the words at a very young age.”

She said the contrary to popular belief, words like f*** and c*** no longer have a sexual meaning in most contexts, and so may not be inappropriate for children.

“Linguists argue that the correlation between the form and content of swear words are arbitrary,” she said.

“These words tend to develop an emotive meaning — their strength lies in their connotation rather than their definition.

“The idea that people are picturing two people having sex when they hear the word f*** is probably quite misleading.”

Methven said the ineffectiveness of anti-swearing laws has been proven for thousands of years.

“There have been prohibitions on swearing since ancient Roman times,” she said.

“At the same time, people have been swearing since ancient Roman times.”

There could even be some benefits in the catharsis of cursing.

“There have been studies showing that when people swear, they can get some sort of pain-relief effect from the swearing,” Methven said.

“A blanket ban is not a great idea in my opinion, based on my research.

“But, just like any slurs or insults, they can have damaging effects in certain contexts.”