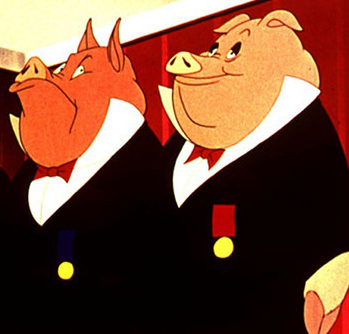 A new study suggests children’s books that depict animals with human characteristics do not help them learn about nature.

It does not mean that schools should immediately destroy all copies of The Jungle Book, but does say that anthropomorphised characters may be leading students astray.

The study by Canadian researchers has found that such books not only lead to less factual learning, but can also influence children’s reasoning about animals.

Researchers also found that young readers are more likely to attribute human behaviours and emotions to animals when exposed to books with anthropomorphised animals than books depicting animals realistically.

The study did not cover film, and as such it may be assumed that The Lion King is still safe to watch.

It is unclear whether Charlotte’s Web will be considered the new Anarchists’ Cookbook, but the study may have implications for the type of books adults use to teach children about the world.

The researchers advise parents and teachers to consider using a variety of informational and non-fiction books, and to use factual language when describing the biological world to young children.

The study has been published in the online journal Frontiers in Psychology.