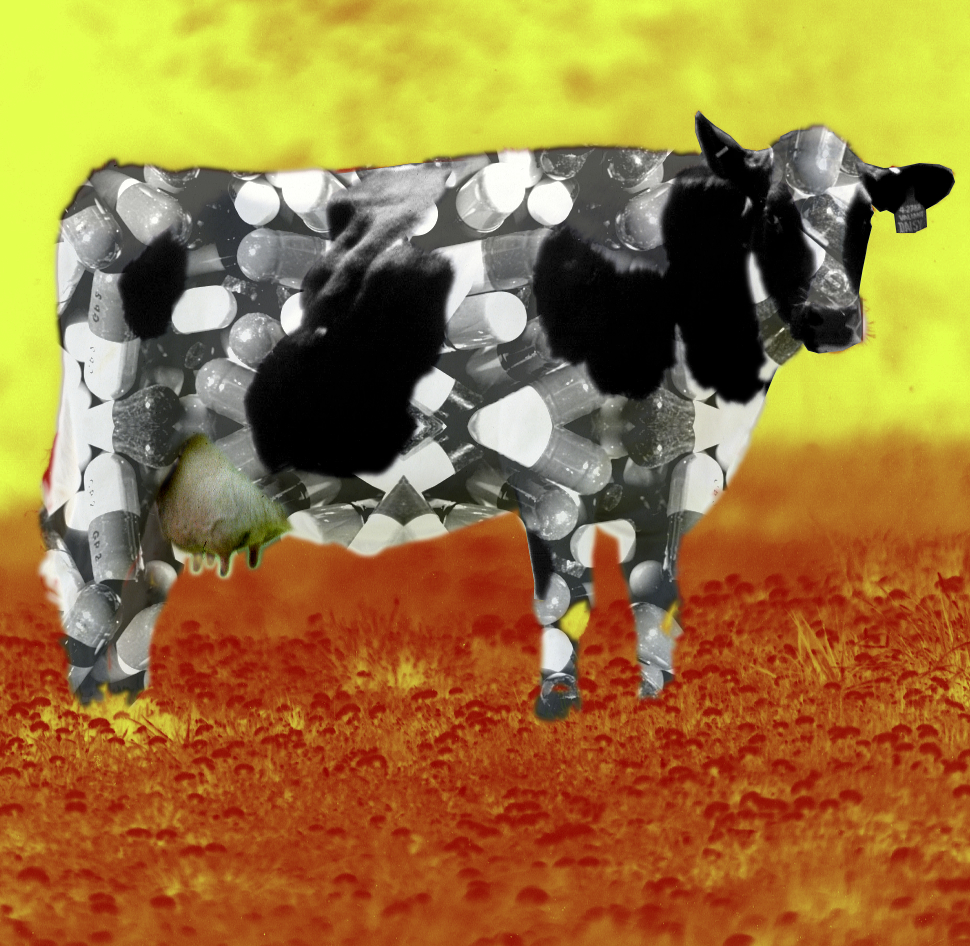 Experts say producers must cut antibiotic use in animals for the sake of human health.

Large volumes of antibiotics are used in food-producing animals in Australia.

A new study shows that an average of 182 tonnes of antibiotics that are important for human health were sold for use in animals each year between 2005 and 2010.

“In humans (both in community and hospital settings), penicillins made up the majority of antibiotic use, representing 52.9 per cent of all use,” according to a new article in the Medical Journal of Australia.

“Macrolides and tetracyclines were used in much greater volumes in animals compared with humans.

Professor Allen Cheng from Monash University Dr Freya Langham from Alfred Health write that antimicrobial use in animals is most important for bacteria associated with food, particularly Salmonella and Campylobacter and, to a lesser degree, other enteric bacteria such as Escherichia coli.

“In contrast, resistance in bacteria that are restricted to humans, such as Streptococcus pneumoniae and Neisseria gonorrhoea, is likely to relate only to human antibiotic use.”

Cheng and Langham suggest that the large volume of antibiotics used in food-producing animals could be reduced by reducing the use of antibiotics for purposes other than infections, and developing preventive strategies such as vaccination and improved design of production facilities.

“There is a need to have systems that monitor the amount of antibiotics that are used in animals, and to what degree this is appropriate,” they concluded.

“Moreover, the available evidence suggests that a significant proportion of antibiotic use in humans is inappropriate, and this needs to be addressed in both hospital and community settings.”

Hospital surveys cited by the authors estimated that “38 per cent of patients are receiving at least one antimicrobial at any single point in time, and 23 per cent of these antibiotics were inappropriate”.