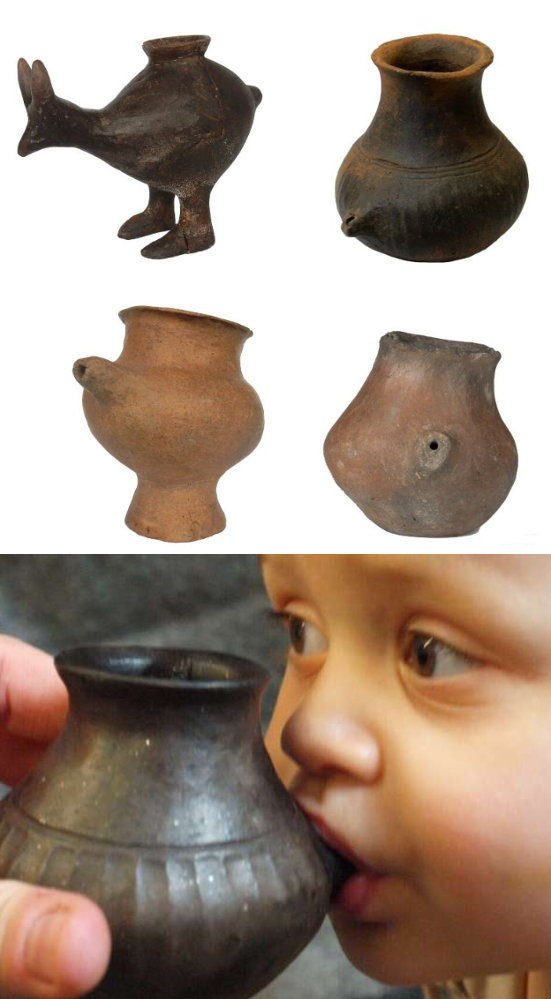 European researchers have analysed lipid residue in three vessels dated between 1200 and 450 BC and found two contained fatty acids from animal products.

Analyses of these artefacts, published in Nature this week, provide insights into the infant weaning practices of prehistoric human groups.

Pottery vessels with spouts through which liquid could be poured have been found dating back to Neolithic times, more than 5,000 years ago.

Such items have been suggested to have been used to feed infants, but it has been difficult to determine what they may have contained, owing in part to the small openings of the spouts.

To overcome this challenge, Julie Dunne, Richard Evershed and colleagues looked at three vessels with open bowls found in Bavaria; two from an Early Iron Age cemetery complex dated between 800 and 450 BC; and one from a Late Bronze Age necropolis, dated between 1200 and 800 BC. The items were discovered next to children who were between 0 and 6 years old.

Two of the vessels seem to have been used for milk from ruminant animals like cows, whereas the other had residues from mixed, non-ruminant dairy milk (possibly pig or human milk).

These findings provide evidence that these vessels may have been used to feed animal milk to infants during weaning to supplementary foods, the authors suggest.