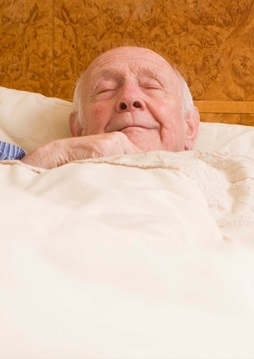 A new study in the US has linked shorter sleep durations and poorer quality of sleep with a biomarker for Alzheimer’s disease.

Researchers have suggested bad sleeping habits could hasten Alzheimer’s disease onset and progression, based on previously-established genetic hallmarks of the disease.

A study was undertaken at the Johns Hopkins Bloomberg School of Public Health, finding that reports of shorter sleep duration and poorer sleep quality were associated with a greater β-Amyloid burden – a known Alzheimer's biomarker.

“Our study found that among older adults, reports of shorter sleep duration and poorer sleep quality were associated with higher levels of β-Amyloid measured by PET scans of the brain,” said Adam Spira, PhD, lead author of the study and an assistant professor with the Bloomberg School’s Department of Mental Health.

“These results could have significant public health implications as Alzheimer’s disease is the most common cause of dementia, and approximately half of older adults have insomnia symptoms.”

Most are aware of the tragic, irreversible and progressive brain disease that slowly destroys memory and thinking skills. World authorities estimate between 2010 and 2050, the total number of older people with Alzheimer’s care needs will nearly triple from 101 to 277 million.

The recent cross-sectional study of adults was built on the neuro-imagining sub-study of the Baltimore Longitudinal Study of Aging.

Participants with an average age of 76 were examined to probe the association between self-reported sleep variables and β-Amyloid deposition. Participants reported sleep durations ranging from more than seven hours to no more than five hours. β-Amyloid deposition was measured by the compound B tracer and PET scans. Reports of shorter sleep duration and lower sleep quality were both associated with greater Αβ buildup.

The findings solidify earlier indications that a lack of sleep can lead to cognitive impairment in older people.

“These findings are important in part because sleep disturbances can be treated in older people. To the degree that poor sleep promotes the development of Alzheimer’s disease, treatments for poor sleep or efforts to maintain healthy sleep patterns may help prevent or slow the progression of Alzheimer disease,” said Spira.

More details are available in the full report, accessible here.