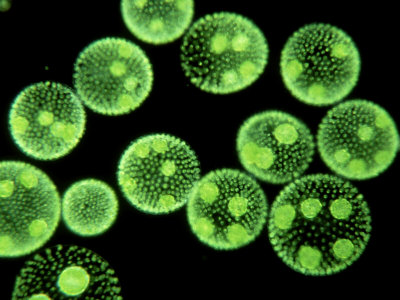 A University of Queensland scientist has found a native algae species which could provide real hope for the development of commercially viable fuels from algae.

The tough and fast-growing algae were identified by Dr Evan Stephens and his team at UQ's Institute for Molecular Bioscience in collaboration with Germany's Bielefeld University and Karlsruhe Institute of Technology.

Dr Stephens said if one per cent of our current arable land was dedicated to growing bio-fuel in algae form, Australia could easily become a major fuel exporter like some Middle-Eastern countries are today.

Contemporary advances in many scientific fields have allowed the researchers to study and develop new forms of oil-rich algae, Dr Stephens says: “A major new frontier is in the biology and developing new strains – and we've already made significant advances through the identification of high-efficiency strains that have really stable growth, as well as being resistant to predators and temperature fluctuations... the integration of new technologies means we can turn a broad range of algae into bio-crude oil that can be processed in existing oil refineries, so now the success of the industry comes down to rapid growth and low production costs.”

Testing was rigorous, with researchers combing the properties of hundreds of native species of algae and running them against simulations of thousand of environmental conditions in the lab. They say they are much closer now to a strain which would be viable to grow on a commercial scale, with economic hurdles seemingly the only ones remaining.

“While we know that we can produce algae oil that is even higher quality than standard petroleum sources, we are working to increase the efficiency of production with the ultimate aim being to compete with fossil fuels dollar for dollar,” Dr Stephens said, “there are still important challenges in science and engineering to be overcome to achieve the high efficiency needed to compete with conventional petroleum.”

Ongoing information is available from UQ’s Institute for Molecular Bioscience.