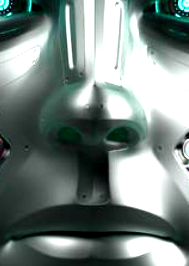 Researchers are finding new ways to use artificial intelligence to help detect disease.

In the latest project, Australian experts have come with an AI system that could be used to help examine tissue samples and identify signs of disease.

It is the result of international collaboration led by The University of Sydney and supported by the Australian Nuclear Science and Technology Organisation (ANSTO), developing an advanced, innovative artificial intelligence application called PathoFusion.

“The idea behind PathoFusion was to create a novel advanced deep learning model to recognise malignant features and immune response markers, independent of human intervention, and map them simultaneously in a digital image,” explains ANSTO’s Professor Richard Banati.

Scientists specifically designed a bifocal deep learning framework which is analogous to how a microscopist works in histopathology image analysis. The framework uses a convolutional neural network (ConvNet/CNN), which was originally developed for natural image classification.

This deep learning algorithm can take in an input image, assign importance to various aspects/objects in the image and differentiate one from another.

The experiment to evaluate the model involved the examination of tissue from cases of glioblastoma, an aggressive cancer that affects the brain or spine.

The team used the expert input of neuropathologists to ‘train’ the software to mark key features.

Experiments confirmed that the application achieved a high level of accuracy in recognising and mapping six typical neuropathological features that are markers of a malignancy.

The application combines layers of information about dead or dying tissue, the proliferation of microscopic blood vessels and other vasculature with the expression of a tumour genetic marker, CD276, in an image that combines the data in a heatmap.

The image uses strong colours to depict the features and their distribution.  Conventional staining techniques are often monochromatic.

“The research confirmed that it is possible to train neural networks effectively using only a relatively small number of cases, that should be useful for some scenarios,” said Prof Banati.

Painstaking and time-consuming routine morphological diagnostic work is currently carried out by pathologists, who examine individual slides under a microscope to mark and quantify features that are markers of disease and provide the information to clinicians.

“Anticipating further hardware improvements in computing, it should exceed the speed of human microscopic feature recognition by orders of magnitude when whole histological slides are used at high resolution,”  says Prof Manuel Graeber of the University of Sydney and Brain and Mind Centre.

“In future, the model could improve the workflow of a neuropathology or pathology unit by facilitating microscopic analyses or benefit patients in area without local access to these services,” Prof Banati said.