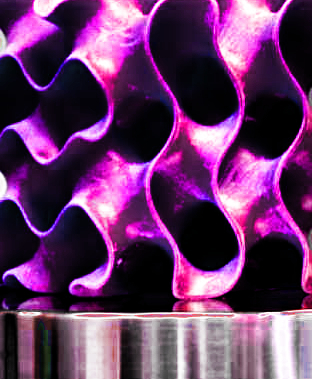 Scientists are discovering the amazing properties of atomically-thin, twisted graphene.

Researchers have described how electrons move through two-dimensional layered graphene, among findings that could lead to advances in the design of future quantum computing platforms.

“Today’s computer chips are based on our knowledge of how electrons move in semiconductors, specifically silicon,” says Dr Zhongwei Dai, from the Brookhaven National Laboratory in the US.

“But the physical properties of silicon are reaching a physical limit in terms of how small transistors can be made and how many can fit on a chip.

“If we can understand how electrons move at the small scale of a few nanometers in the reduced dimensions of 2-D materials, we may be able to unlock another way to utilize electrons for quantum information science.”

Materials designed at nanometre scales confine electrons to a space with dimensions that are the same as its own wavelength, causing the material’s overall electronic and optical properties to change in a process called ‘quantum confinement’.

In a recent study, researchers used graphene to study these confinement effects in both electrons and photons, or particles of light.

The researchers were able to detect both electronic and optical interlayer resonances and found that, in these resonant states, electrons move back and forth at the 2D interface at the same frequency.

Their results also suggest that the distance between the two layers increases significantly in the twisted configuration, which influences how electrons move because of interlayer interactions.

They also found that twisting one of the graphene layers by 30 degrees also shifts the resonance to a lower energy.

“Devices made out of rotated graphene may have very interesting and unexpected properties because of the increased interlayer spacing in which electrons can move,” says Dr Jurek Sadowski from Brookhaven.

In the future, the researchers will fabricate new devices using twisted graphene while also building off the findings from this study to see how adding different materials to the layered graphene structure impacts downstream electronic and optical properties.