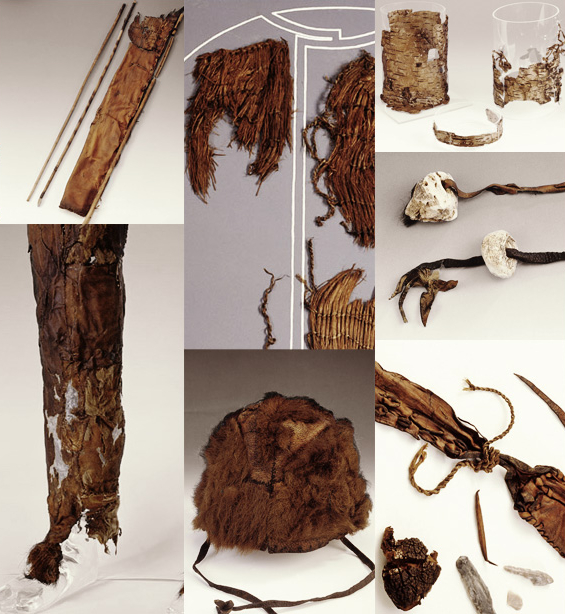 Researchers have sequenced the genomes of the animals used to make the clothing of a 5,300-year-old mummy.

The international team says the clothes of the Tyrolean Iceman (a famous Copper Age mummy otherwise known as Ötzi, the Similaun Man or just the Iceman) are made from a mishmash of at least five different species of animal including a brown bear hat, a sheep and goat coat and a quiver made from roe deer leather.

Ötzi was discovered in the Italian Ötztal Alpes in 1991.

The following two decades of analysis have provided stunning insights into his ancestry, diet, tools, lifestyle, health, attire and even tattoos.

But despite being relatively well preserved, the species of origin of the majority of Ötzi’s clothes are still unclear.

By sequencing the mitochondrial genomes of nine fragments of leather from the Iceman’s clothes and quiver, Niall O’Sullivan and colleagues identified the species of origin for each fragment.

The authors identified that the hat and quiver came from wild species — brown bear and roe deer respectively.

Previous research has established the Iceman as an agro-pastoralist, but the authors suggest that the hat and quiver provide evidence of hunting and trapping of wild animals.

They also found that the coat was a combination of at least four hides from two species: goat and sheep, which suggest a haphazard stitching together of clothing based upon materials that were available.

The leggings were composed of goat leather and this result lends support to the idea that Copper Age individuals selected species for specific attributes when manufacturing clothing.

The full study is accessible.