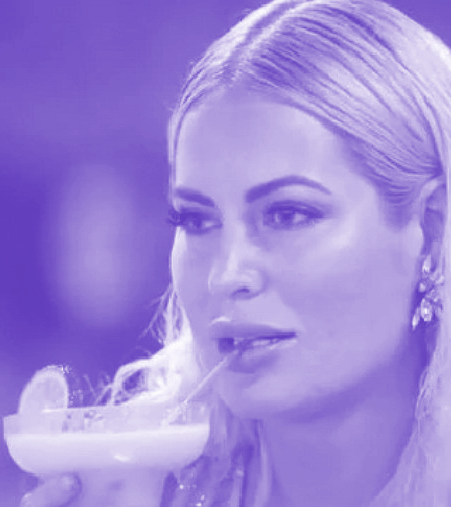 Researchers have divided episodes of the wildly-popular yet intellectually-vapid TV show into one-minute intervals, and then catalogued the depictions of alcohol in each segment.

Alcohol was shown or referenced in more than 70 per cent of those one-minute intervals across each of the show’s 16 episodes.

Actual alcohol use occurred in 31.9 per cent of the intervals, while implied alcohol use was in 63.4 per cent.

The first depiction of alcohol occurred in the first or second one-minute interval of all 16 episodes, and was twice as prevalent as non-alcoholic content.

“In terms of alcohol use, this ‘reality’ show doesn’t match reality and there are unintended consequences to that,” said lead researcher Dr Jacqueline Bowden.

“Producers of shows like this should be aware they are glamourising drinking for young people.

“Higher exposure to traditional forms of alcohol marketing among young people is associated with increased alcohol uptake, increased consumption and increased binging and hazardous drinking levels. This is also likely to be the case for reality TV shows.”

Alcohol remains the leading cause of death and disability in 15 to 24-year-olds globally and hospital emergency presentations are increasing in this age group in Australia.

Harmful alcohol consumption is linked to more than 200 health conditions. It costs the Australian community approximately $36 billion each year and causes more than 5,500 deaths annually.

Australian and New Zealand Food Forum Ministers are meeting to decide whether to support a pregnancy health warning label on alcohol products later this week.