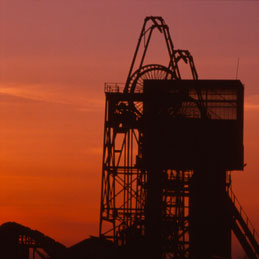 A new study warns that mining threats to biodiversity caused by renewable energy production could surpass the advantages of climate change mitigation.

A University of Queensland study found protected areas, key biodiversity areas and the world’s remaining wilderness would be under growing pressure from mining the minerals required for a clean energy transition.

Renewable energy production is material-intensive – much more so than fossil fuels – and mining these materials will increase as fossil fuels are phased out.

The study says that mining the materials needed for renewable energy such as lithium, cobalt, copper, nickel and aluminium will create further pressure on the biodiversity located in mineral-rich landscapes.

The research team mapped the world’s mining areas, according to an extensive database of 62,381 pre-operational, operational and closed mining properties, targeting 40 different commodities.

They found that areas with potential mining activity covered 50 million square kilometres of the planet – 35 per cent of the Earth’s terrestrial land surface excluding Antarctica – and many of these areas coincided with places critical for biodiversity conservation.

“Almost 10 per cent of all mining areas occur within currently protected sites, with plenty of other mining occurring within or nearby sites deemed a priority for future conservation of many species,” UQ’s Dr Laura Sonter said.

“In terms of mining areas targeting materials needed specifically for renewable energy production, the story is not much better.

“We found that 82 per cent of mining areas target materials needed for renewable energy production, of which, 12 per cent coincide with protected areas, 7 per cent with key biodiversity areas and 14 per cent with wilderness.

The impacts of a green energy future on biodiversity are not generally considered in international climate policies.

“Combine this risk with the extensive spatial footprint of renewable energy infrastructure, and the risks become even more concerning.”