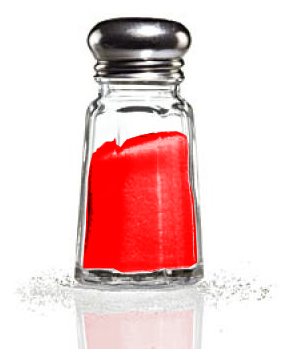 Current efforts to reduce our salt intake are weak and too heavily reliant on voluntary participation by the food industry, according to University of Sydney researchers.

In a study to be published in the journal Nutrients, Dr Belinda Reeve and Professor Roger Magnusson call for a new national target for salt reduction and for the Federal Government to hold companies to account for not meeting goals set out in the Food and Health Dialogue - the existing salt reduction initiative between government, the food industry and public health organisations.

“An effective salt reduction program requires that poorly performing companies are held accountable for their performance, including through the application of penalties.”

Salt intake has a progressive relationship with high blood pressure, which in turn increases the risk of cardiovascular disease, Australia's leading cause of mortality.

High blood pressure affects around a third of Australians.

While the Dialogue has made some progress in reducing the salt content of foods such as bread and cheese, it has not produced consistent improvements in the nutritional quality of all targeted products.

There is substantial variation in the extent to which participating food companies meet the Dialogue's targets, and none of the targets have been achieved completely, according to the paper.

Co-author Professor Roger Magnusson said progress towards reducing salt intake could still be made through a partnership approach, but that would need to be driven by clear targets, transparency, independent evaluation of progress, and closer oversight from government and community representatives.

“Results matter, and the fact is that the current industry-driven approach has failed to produce results of the scale that are needed to make a difference to diet-related disease in Australia,” said Professor Magnusson.

Apart from being Australia's most expensive disease, cardiovascular disease is responsible for 34 per cent of all deaths in Australia.