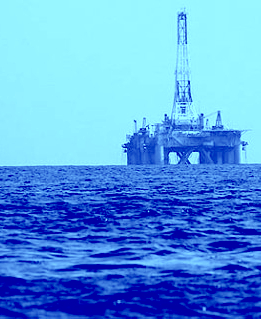 Experts say old offshore oil rigs could have a second life as a coral reef.

Currently, rules require obsolete offshore infrastructure, including oil and gas platforms and wind turbines, to be removed once they reach the end of their productive lives.

However, removing them often leads to a loss of biodiversity and destruction of sea-bed habitat.

With over 7,500 offshore oil and gas platforms in 53 countries becoming obsolete in the next few decades, and the need for eventual removal of new wind turbine infrastructure, what happens when their useful life is over is looming as a major issue.

Dr Ash Fowler, lead author of a new study and Associate of the University of Technology Sydney, says that current removal policies are based on the assumption that “leaving the seabed as you found it” is the best way to minimise environmental impacts.

These policies, however, do not take into account that over their 20 to 30 year lifetime, offshore structures often develop into artificial reefs, with high biodiversity and they come to form a part of the ecosystem around them on which a wide range of species may depend.

“These structures are huge and removing them is complex and costly. Our findings indicate that here is a big gap between existing policy and current knowledge of decommissioning impacts,” Dr Fowler says.

Dr Fowler, a fish ecologist, has been investigating the environmental issues around aging offshore infrastructure for the past ten years and says the study was undertaken to guide best decommissioning practice.

Co-author Dr Anne-Mette Jørgensen, from Denmark-based North Sea Futures, says some of the main concerns with complete removal of infrastructure were the issues of reopening of fishing grounds to bottom trawling and the unknown impacts on species that are already under high pressure.

“Bottom-trawling is a very common type of fishing and is a well-known issue in the North Sea and globally, because of its devastating impact on sea-bed habitat. The safety zones around offshore structures are some of the few areas in the North Sea, where all kinds of fishing are forbidden,” she said.

“Many of the experts we surveyed highlighted the fact that much of the infrastructure has been in place for decades, so we actually know more about the impact of leaving them there - their value as artificial reefs, no-go fishing zones and boost to overfished species number - than we do about the potential impacts of removal [of the infrastructure].”

The authors recommend revision of current decommissioning policies, including: