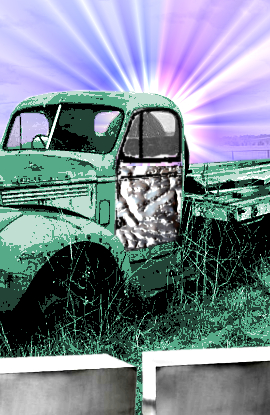 The almost accidental discovery of a metal dubbed ‘stainless magnesium’ could one day make cars and trucks lighter and more efficient.

Australian research engineers have taken a high-tech look at the nanostructure of the new metal and found that it forms a protective surface film to prevent corrosion.

They say the rust-proof ultra-light alloy in could be used to improve fuel efficiency in transport vehicles and greatly reduce global greenhouse gas emissions.

The high strength magnesium-lithium alloy weighs half as much as aluminium and 30 per cent less than magnesium, making it an attractive candidate to replace commonly used metals in transport vehicles.

As is often the case, the most exciting property of the alloy was observed by chance.

Researchers at the University of New South Wales noticed a heat-treated sample from Chinese aluminium-production giant, CHALCO, sitting inert in a beaker of water in their laboratory.

They took it to the Powder Diffraction (PD) beamline at the Australian Synchrotron, and were able to confirm that the alloy contains a unique nanostructure that forms a protective layer of carbonate-rich film upon exposure to air, making it immune to corrosion.

“This is the first magnesium-lithium alloy to stop corrosion from irreversibly eating into the alloy, as the balance of elements interacts with ambient air to form a surface layer which, even if scraped off repeatedly, rapidly reforms to create reliable and durable protection,” UNSW’s Professor Michael Ferry said.

The researchers are now investigating the molecular composition of the underlying alloy and the carbonate-rich surface film, to understand how the corrosion process is impeded in stainless magnesium.

A larger team of researchers from Monash University, CHALCO, and Nanjing University of Technology in China say they will work toward commercialising the new metal.

“We’re aiming to take the knowledge gleaned at the Australian Synchrotron to incorporate new techniques into the mass-production of this unique alloy in sheets of varying thickness, in a standard processing plant,” Monash University’s Professor Nick Birbilis said.

“These panels will make many vehicles and consumer products much lighter and, eventually, just as durable as today’s corrosion-resistant stainless steel, another example of how advanced manufacturing is unlocking the potential of materials that have been under investigation, in too narrow a manner, for centuries.”

A report on the finding is accessible here.