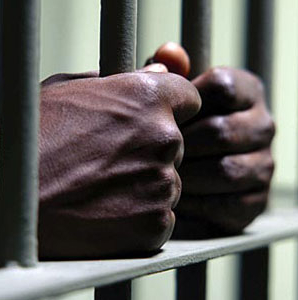 Experts are investigating the social effect of the disturbing rate of incarceration among Indigenous Australians.

Australians are 16 times more likely to be locked up if they are Indigenous.

New research has indicated that up to 14 per cent of male residents are likely to be missing from remote Indigenous communities in the Northern Territory at any time, due to incarceration.

Research Associate Hannah Payer, from the Northern Institute at Charles Darwin University, says communities face severe impacts when such large proportions of males aged 20 to 39 years old were absent due to imprisonment.

It affects a number of important factors, including population growth, social and family cohesion, and the outlook for the future of young people.

“There is likely no community that would be unaffected by the increasing incarceration rates for Indigenous Territorians,” Ms Payer said.

Her study also suggested that up to two per cent of women aged 20 to 39 years old were missing from individual communities at any time.

Ms Payer said this loss of young men and women could contribute to fewer births in communities that might otherwise occur.

“An absence of young people at ages where they usually become parents affects the demographic futures of communities,” she said.

Ms Payer said children of imprisoned parents could be left without role models or providers, and that high incarceration rates affected communities economically due to a loss of work-ready males.

The report by Ms Payer and researchers Dr Andrew Taylor and Tony Barnes, entitled “Who’s missing? Social and Demographic Impacts from the Incarceration of Indigenous People in the Northern Territory”, is available in PDF form, here.

In recent weeks the National Justice Coalition launched its Change the Record campaign, which is calling on the Council of Australian Governments (COAG) to address the root causes of the Aboriginal incarceration crisis.

“The end result is the incarceration rates but the root cause of this, the symptoms that we are trying to change are issues around family and community violence. It’s a big part of it,” Shane Duffy, co-chair of the National Justice Coalition, told independent news outlet New Matilda.

“We’ve talked about disability, we’ve also talked about health, housing, family violence, we’ve talked about child protection. Basically what we are saying is that you need to look at justice reinvestment. You take the money from the prison and invest it in services on the ground, services that will address the symptoms and you will keep people out of jail.”

The shocking rate of Indigenous incarceration has gained international attention, with Amnesty International secretary general Salil Shetty now heading to Australia to try to understand and draw attention to the issue.