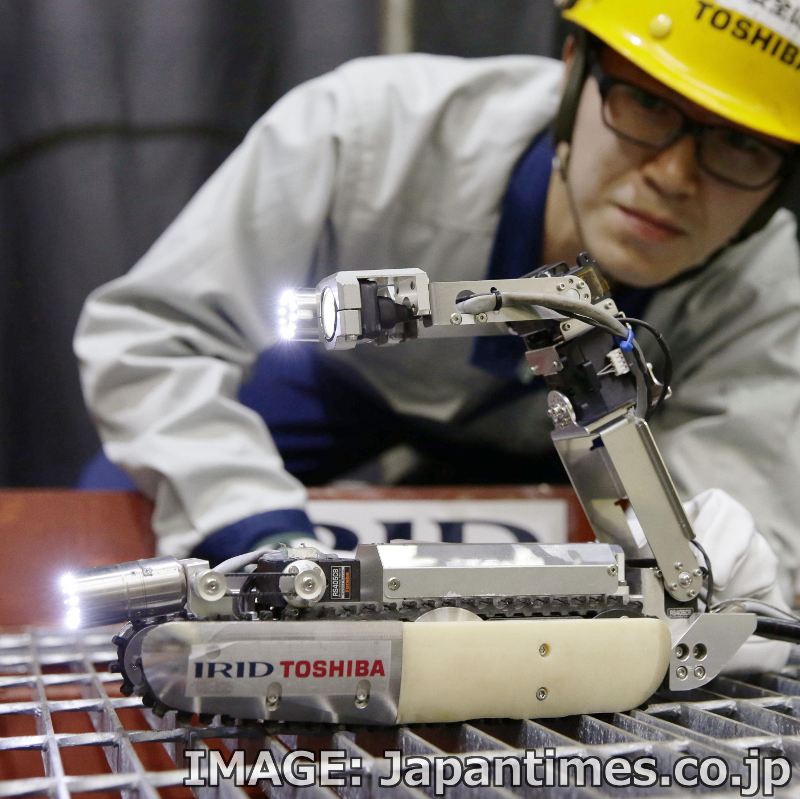 It is slow going at the Fukushima nuclear power plant, where high levels of radiation continue to hamper efforts.

Fukushima plant operator Tokyo Electric Power Company (TEPCO) had planned a series of operations in which robots would enter the crippled reactors to assess and begin removing radioactive debris.

The first operation at the end of January, a remote-controlled robot with a camera attached to a 10.5-meter-long telescopic rod captured video and still shots, which showed a dark mass of rubble inside the No. 2 Reactor’s primary containment vessel.

A second operation last Thursday stopped prematurely after the radiation began to knock out the attached cameras, which would have left the robot blinded and stuck in the rubble.

Radiation lab tests helped engineers study the images taken by the first probe and estimate the radiation levels based on the amount of image noise produced.

A standard X-Ray puts out about 0.04 millisieverts.

TEPCO has been accused of trying to downplay the radiation levels, with a spokesperson saying; “These are not direct measurements, but are based on the amount of image noise produced... there is also a plus or minus error-margin of 30 percent.”

But Will Davis, a former US Navy reactor operator and communications consultant to the American Nuclear Society, agrees with the official line.

“I don’t think we can realistically make assumptions about rising and lowering radiation levels in these camera-based detection methods yet,” he told engineering press IEEE Spectrum.

“Not only is the presence of localised [radiation] point-sources possible, but there is also the possibility that streaming of radiation is talking place.

“In other words, we cannot say that all of the radiation in the containment vessel is coming from one unified lump of damaged fuel in the reactor vessel, and perhaps from a second unified lump sitting under it.

“The high recent readings - even with the chance of up to 30 percent error - only confirms what experts already knew.”

He pointed out that while new estimates of the radiation levels may shock people, “it is important to remember that they are extremely localised and have no impact whatsoever to anyone outside the nuclear plant”.

The robot probes were meant to clear a path for a third operation later this month using a robot equipped with a camera, dosimeter, and a temperature gauge, but which could not easily manoeuvre over uneven surfaces.

The company official said further probes may not be needed.

“They are combining and analysing everything right now, and this will help them determine whether to use the Scorpion or not, and what the next best step is to be,” he said.

Davis said the removal of the damaged nuclear fuel inside the reactor vessels and the primary containment vessels, “is going to take a very long time, probably many, many years.”