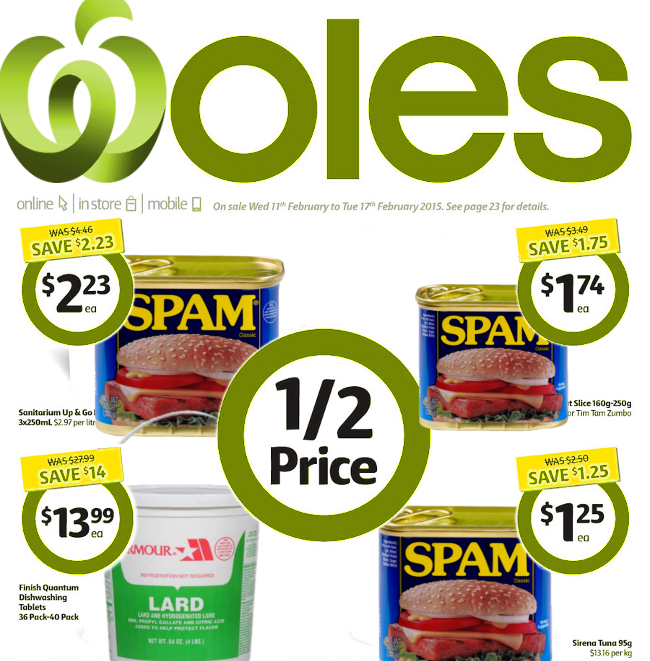 Junk mail promotes junk food – that is the finding of a new study into the health benefits of the most heavily-promoted foods in supermarket catalogues.

It appears that the letterbox spam from our major chains has about as much nutritional value as actual Spam.

Across all the chains combined, they found the majority of the foods advertised (66 per cent) were not among the core foods recommended for a healthy diet.

They compared the foods advertised in 12 weeks of catalogues, grouping the products into the four categories based on the Australian Guide to Healthy Eating:

Overall, 34.2 per cent of advertised foods were in the five core food groups recommended for daily consumption, 43.3 per cent were discretionary foods, 8.5 per cent were alcohol, with the remaining 14 per cent categorised as ‘other’.

The content of the Australian catalogues is consistent with those of many other countries.

Unhealthy food was particularly prominent in catalogues from most countries.

“We believe the promotion of unhealthy foods by supermarkets could be a major barrier to halting the global obesity epidemic. Efforts to restrict unhealthy food marketing should also focus on supermarkets,” Dr Cameron said.

The Australia-specific study is accessible here, while its international counterpart is published here.